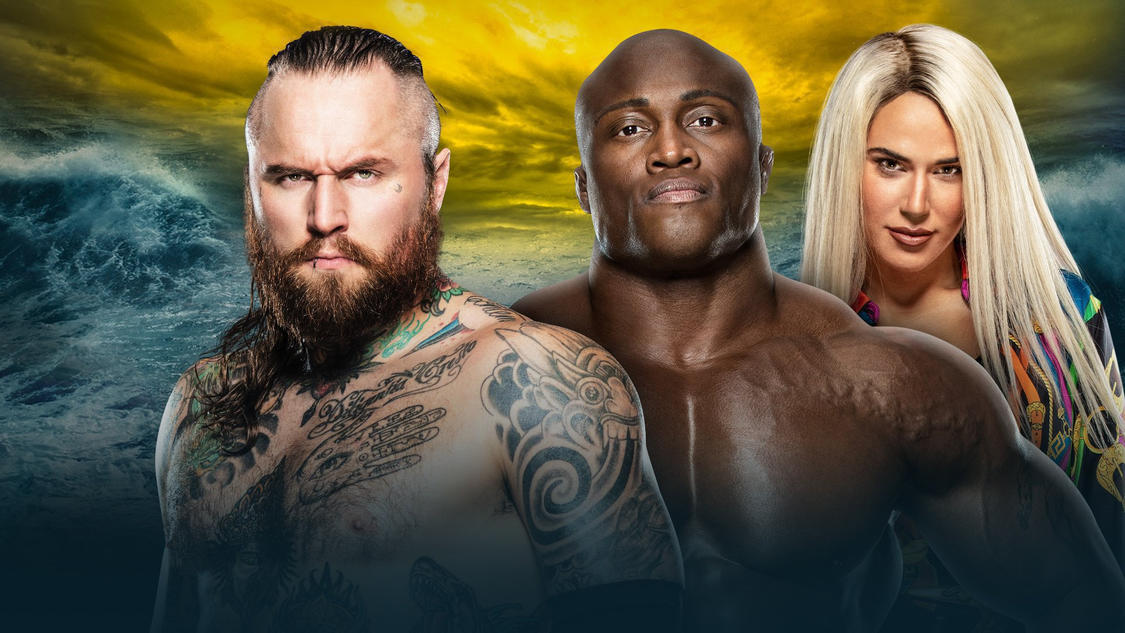 Former NXT champion Aleister Black goes one-on-one with Bobby Lashley, who will be accompanied by the Ravishing Russian Lana.

Two Superstars looking for a fight. A rivalry nobody saw coming. And one stage big enough to host it. In one of the most intriguing matchups of WrestleMania season, Aleister Black will go one-on-one with Bobby Lashley at this year's history-making edition of The Showcase of the Immortals.

While the two have had little to no interaction of late, they make perfect sense as opponents. Black has made it clear in recent weeks that he's no longer willing to wait for fights to come to him, opting to seek out matches with anyone on Raw who's unwise enough to take them. Likewise, Lashley has reintroduced himself in a major way, transforming from wife-stealing Casanova to human wrecking machine in a matter of weeks as a way to bulldoze his way back into title contention.

In other words, this match is a classic case of two people looking to make a statement, with each suddenly the other's biggest roadblock to the next level. And now, like the classic math problem, these two trains are on a collision course, with WrestleMania as the shared destination. Sometimes, it's just that simple.

Tune in to a WrestleMania that is too big for just one night, streaming on Saturday, April 4, and Sunday, April 5, with special start times of 7 ET/4 PT on the award-winning WWE Network.

Also announced is the Street Profits defending their Raw tag team titles against the duo of Angel Garza and United States champion Andrade. Check out an updated WrestleMania 36 card below.

This year's "Show of Shows" will be pre-taped and aired over two nights due to the ongoing Coronavirus pandemic.