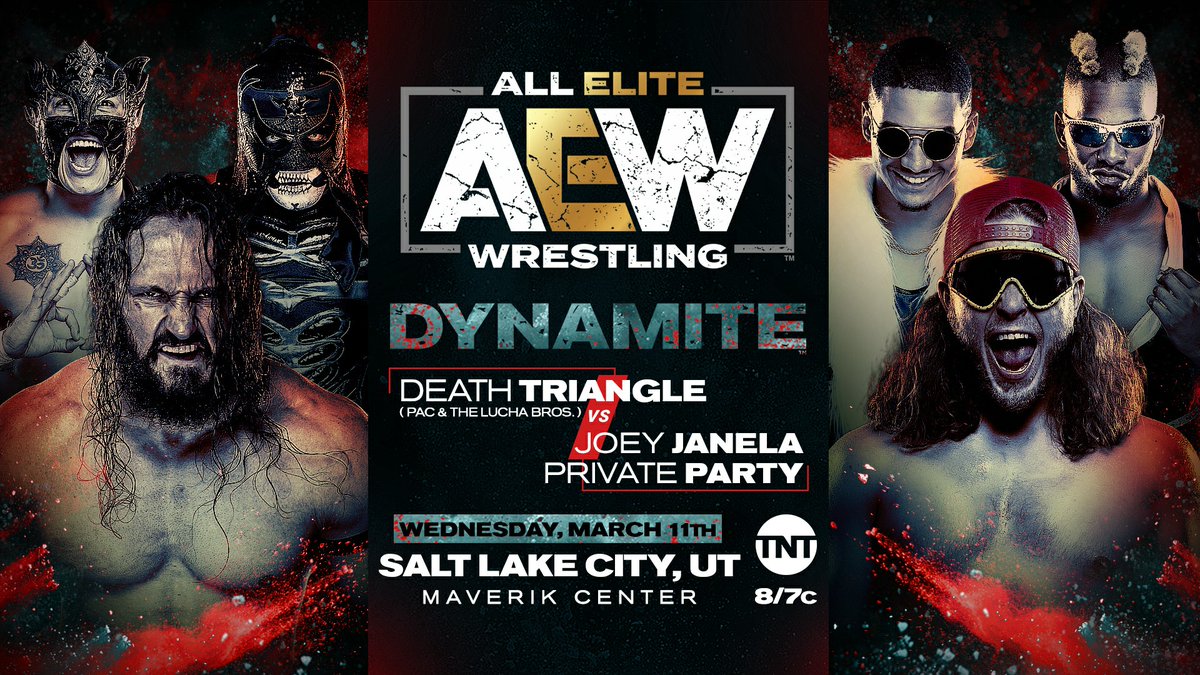 AEW has announced a new matchup for Wednesday's Dynamite.

The Lucha Bros and the Bastard PAC, who formed the Death Triangle Faction on last night's show from Colorado, will be taking on Joey Janela and Private Party in a six-man trios bout.

In the aftermath of an altercation that occurred at our #AEWDark taping, a trios match has been signed for Dynamite next week: the Death Triangle of PAC & Pentagon Jr & Fenix will face Joey Janela & Private Party when #AEWDynamite broadcasts LIVE from Salt Lake City, Wed March 11 pic.twitter.com/KpubmhJDvE

Pentagon and Fenix helped PAC pick up a big pay per view win at Revolution after attacking the Best Friends during his match with Orange Cassidy. The Lucha Bros then helped the Bastard lay a beating on Cassidy, Trent, and Chuck Taylor on Dynamite and put the AEW locker room on notice by announcing their alliance.