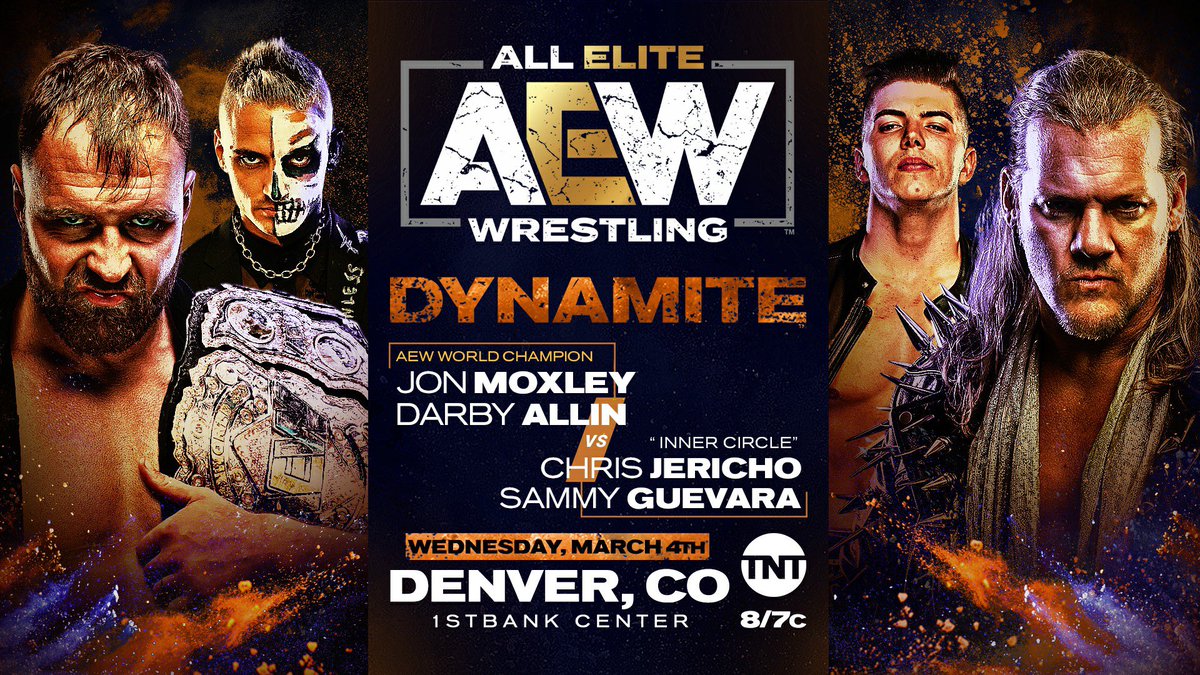 A tag team match has been set for this week's episode of AEW Dynamite.

The company announced earlier this morning that new world champion Jon Moxley will team with Darby Allin to face-off against the Inner Circle duo of Sammy Guevara and former champion Chris Jericho. Check it out below, along with details regarding tickets.

Get your tickets now at https://t.co/UN1cNj1kQq or watch 8/7c on @tntdrama pic.twitter.com/M27H1CXQGe

Moxley defeated Jericho at Saturday's Revolution pay per view to capture his first AEW title reign. Allin and Guevara also went to war on Saturday night, witih Allin picking up the victory after connecting with his Coffin Drop finisher.