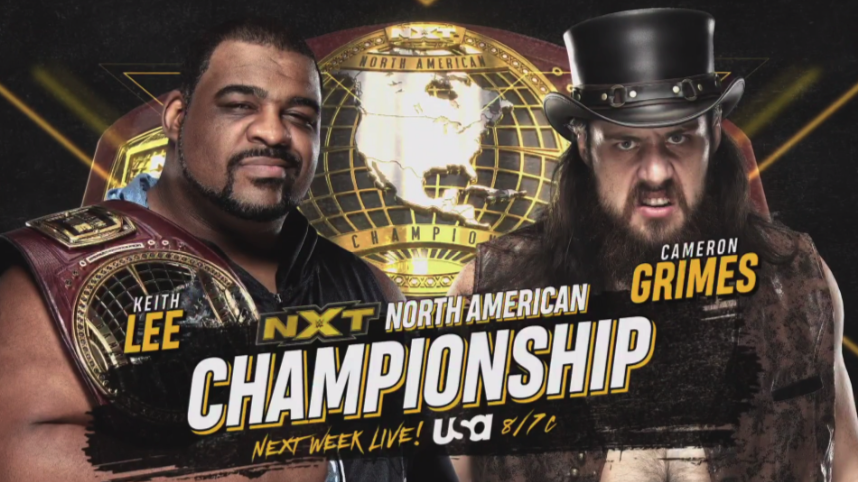 Next week's edition of NXT On USA is scheduled to emanate from the WWE Performance Center in Orlando, Florida.

The WWE's black-and-gold brand will be taking a break from their usual home base of Full Sail University in Winter Park, Florida next Wednesday evening, as their weekly NXT On USA program will be held a different Florida-based venue due to Full Sail hosting their annual Hall Of Fame Week from March 8-13, with one of those nights falling on the night of the weekly WWE NXT program.

Set for next week's NXT On USA show is Keith Lee vs. Cameron Grimes for the NXT North American Championship and The BroserWeights vs. The Undisputed ERA for the NXT Tag-Team Championships.

The intensity from @JohnnyGargano is off the charts when talking about @NXTCiampa!#JohnnyWrestling can't wait for next week on #WWENXT... pic.twitter.com/q0V34KcRZo