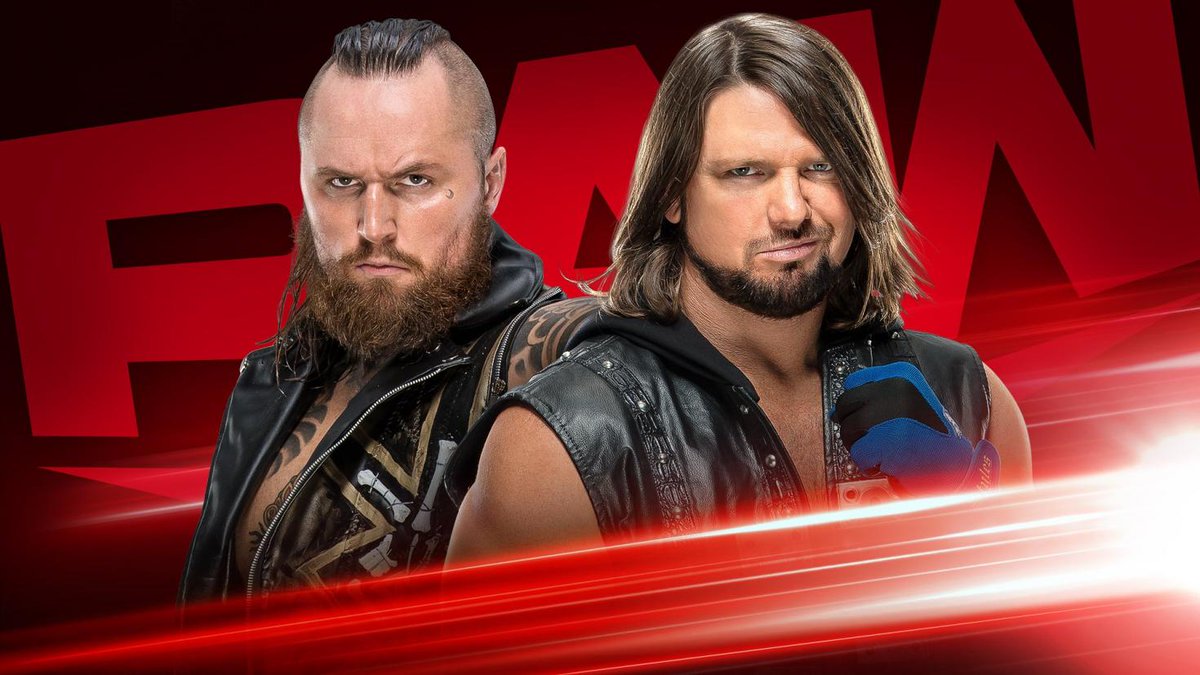 In a first ever meeting...the Empress Asuka battles former NXT women's champion Asuka in a singles showdown six days before they meet in the women's Elimination Chamber to determine Becky Lynch's WrestleMania 36 opponent.

As first reported by @nypost, @QoSBaszler steps into the squared circle against @WWEAsuka tomorrow night on #RAW!https://t.co/eKLfs3CkWj

Raw tag team champions Seth Rollins and Murphy will be defending the titles against the Street Profits in a rematch from last Thursday's Super ShowDown pay per view.

That won't be the only title on the line. WWE 24/7 champion Riddick Moss is issuing an open challenge to anyone in the Raw locker room who wants to hold 24/7 gold.

.@riddickMoss will put the #247Championship on the line tomorrow night on #RAW.

Finally...a high-stakes grudge match between the Phenomenal One AJ Styles and Aleister Black. This bout was set-up following the OC's attack on Black during his matchup on last week's Raw with Erick Rowan.