Jurassic Express Vs. The Butcher & The Blade Added To Next Week's AEW Dynamite 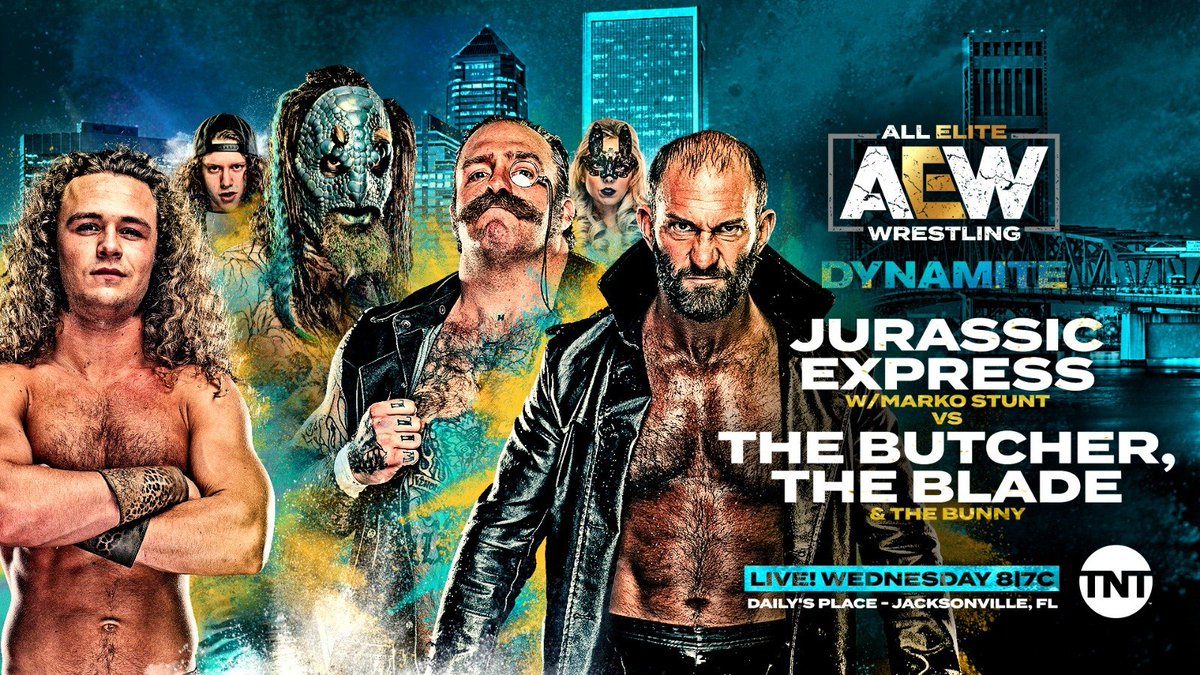 A new tag-team match has been announced by All Elite Wrestling for next week's episode of AEW Dynamite, which as noted, has been relocated from Little Caesers Arena in Detroit, Michigan to Daily's Place in Jacksonville, Florida.

On Friday, AEW confirmed a new tag-team bout pitting Jungle Boy & Luchasaurus (w/ Marko Stunt) against the duo of The Butcher & The Blade (w/ The Bunny) for the Wednesday, March 18th edition of AEW Dynamite, which will be held at Daily's Place under a "restricted attendance policy."