Inner Circle Vs. The Elite To Compete In First-Ever AEW Blood & Guts Match 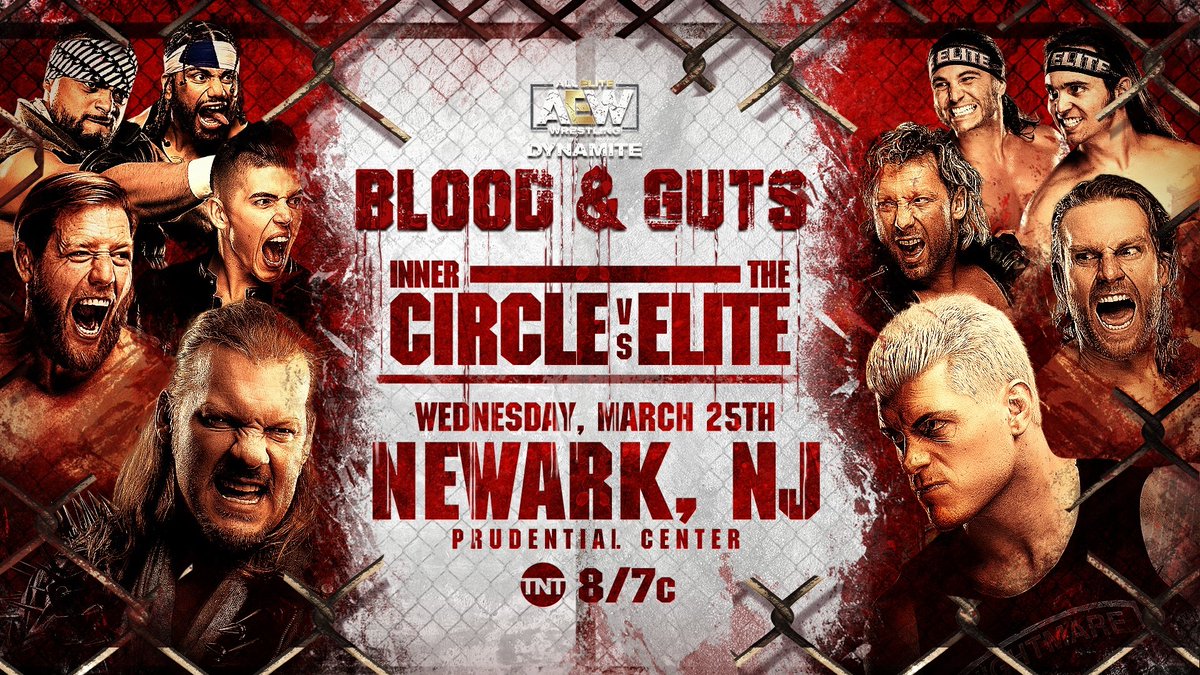 While the rules for the new unique match concept won't be revealed until Wednesday night, All Elite Wrestling has announced the participants in the first-ever AEW Blood & Guts Match later this month.

The rules for the bout scheduled for the 3/25 special, which is expected to be AEW's version of the iconic "WarGames" match concept from the original WCW that is now featured in WWE's black-and-gold brand of NXT, will be announced this Wednesday night when AEW Dynamite comes to the Maverik Center in Salt Lake City, Utah.

Check out AEW's official announcement regarding the AEW Blood & Guts Match between The Inner Circle and The Elite below.

MATCH ANNOUNCEMENT#AEWDynamite: Blood & Guts
Newark, NJ | @PruCenter - March 25th!?
It's the #InnerCircle vs. #TheElite in your main event!
Rules will be announced this Wednesday on Dynamite!