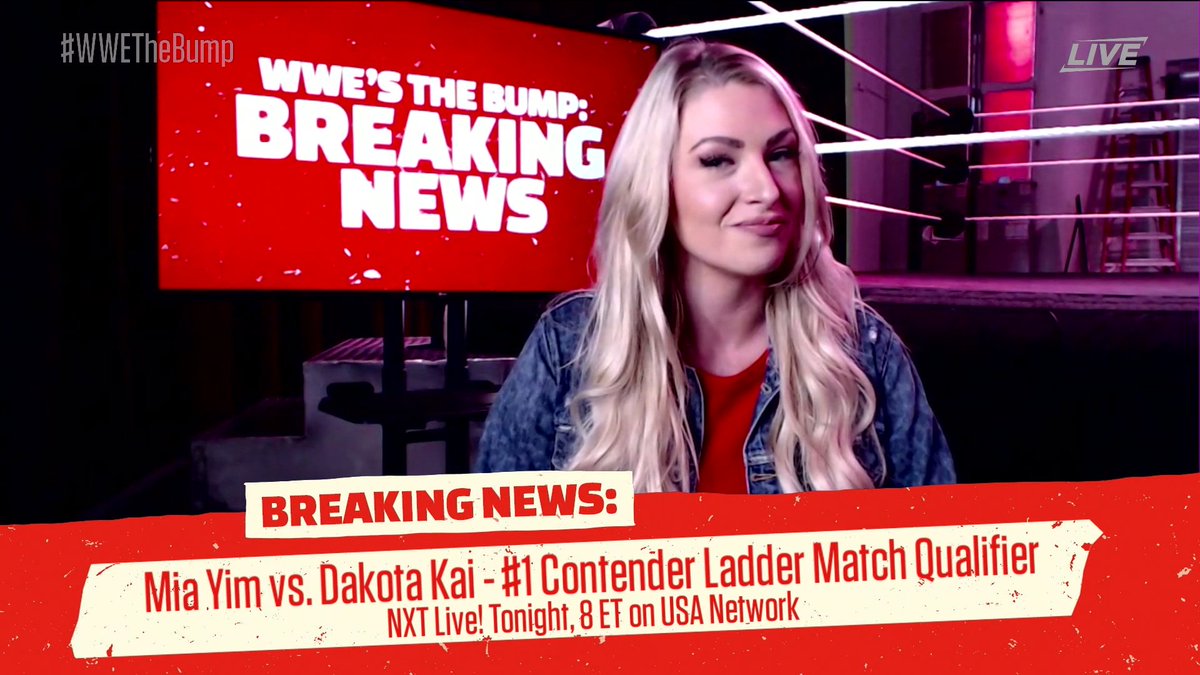 WWE's The Bump announced a new high-stakes matchup for tonight's episode of NXT on the USA Network.

Women's division stars Mia Yim and Dakota Kai will clash in singles-action, with the winner earning a spot in the number one contender's ladder matchup at Takeover Tampa during WrestleMania weekend. The rivalry between these two dates back to November, when Kai attacked Yim prior to the womens WarGames matchup in Chicago. She later took her spot, but turned on her team by assaulting former best friend Tegan Nox. Yim and Nox faced off since then, with Kai picking up the victory. Check out the announcement below.

NXT takes place from the WWE Performance Center this evening, as opposed to their usual taping at Full Sail University.