Conflicting Reports Regarding Change To Scheduled Title Match At WrestleMania 36

There are some changes being reported, including by WWE themselves, to the SmackDown women's championship match scheduled and advertised for WrestleMania 36.

The Smackdown women's title match at WrestleMania appears to have undergone a change. While previously being billed a "six pack" challenge that would have seen Bayley defend against Sasha Banks, Lacey Evans, Tamina, Naomi and Dana Brooke is now being called a "Fatal Fiveway" with Brooke removed.

To add further confusion, on WWE.com's main WrestleMania page, they are still referring to it as a six-way with the graphic showing Brooke, but her name isn't in the match.

If you click through the page to the preview of the match, the title and competitors again don't match up and the URL of the page includes "fatal-five-way-elimination-match," while Brooke is still mentioned in the write-up. 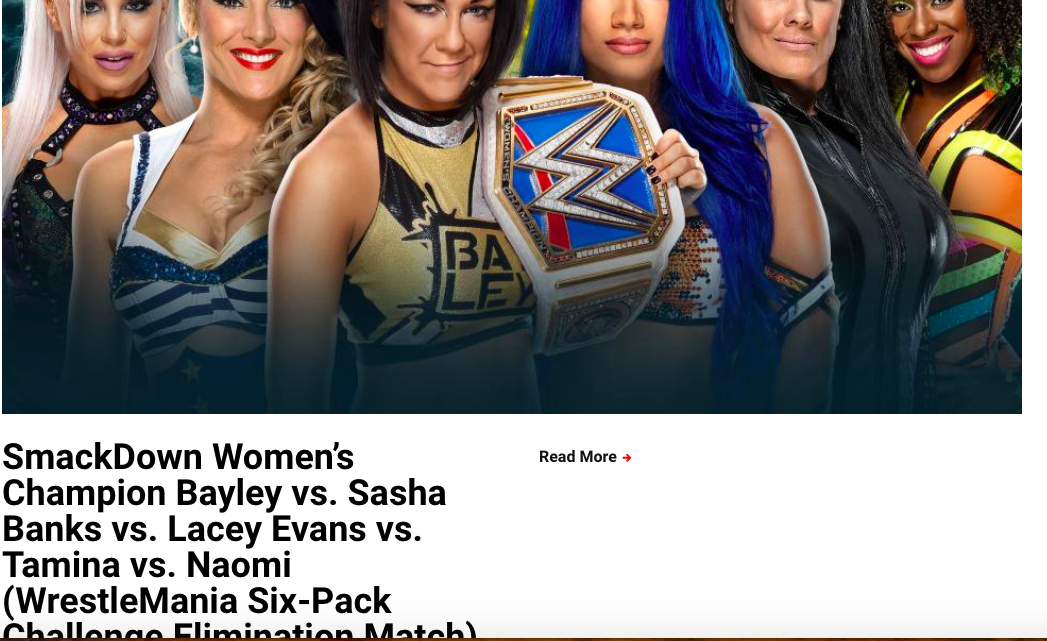 Previous Article
WWE Network No Longer Available In Saudi Arabia Until "Further Notice"
Next Article
Rey Mysterio And Dana Brooke Pulled From WrestleMania 36, Both In Quarantine