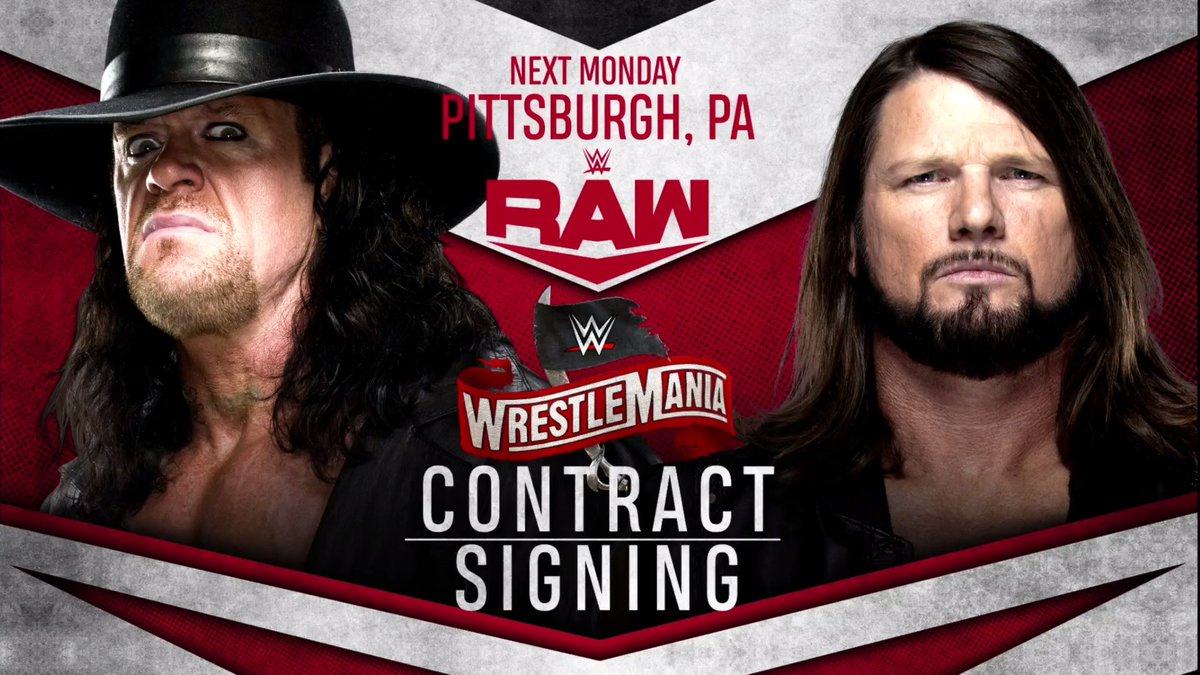 The challenge has been made.

During tonight's episode of Monday Night Raw O.C. leader AJ Styles called out the Undertaker and promised to end his career at WrestleMania 36. The Phenomenal One even brought the Deadman's wife Michelle McCool into the angle, claiming that she has been the reason that he continues to work himself into the ground. Styles also called Taker by his real name, Mark Calaway. Check out the promo below.

Does @AJStylesOrg have the attention of #Undertaker?!

#Undertaker has @AJStylesOrg feelin' a little upset... and The #PhenomenalOne wants THE PHENOM at #WrestleMania! #Raw pic.twitter.com/ALb6MdGYpB

"Undertaker, your wife is going to run you into the ground, and I'm gonna help her."

WWE has since announced a contract signing for next week's flagship show in Pittsburgh, Pennsylvania.

NEXT MONDAY: The #Undertaker and @AJStylesOrg will be LIVE on #Raw to officially sign the contract for a match at #WrestleMania! pic.twitter.com/tmkqhZUsUy