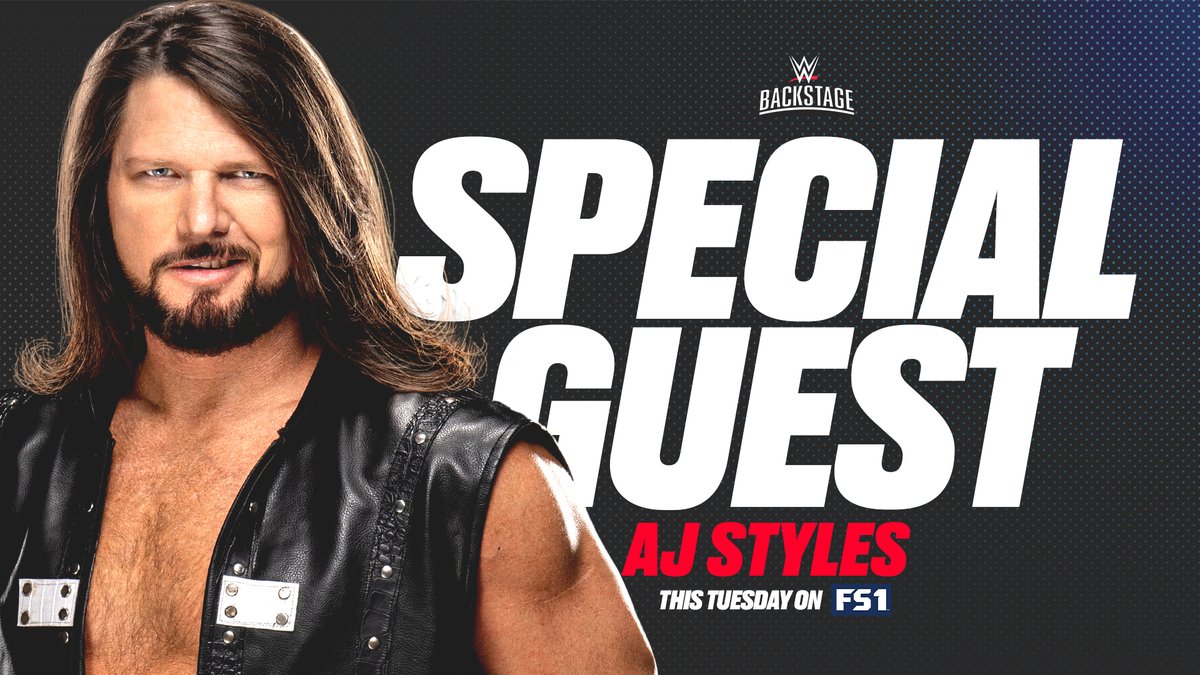 During the WWE Elimination Chamber 2020 pay-per-view, a special guest for the next episode of WWE Backstage was officially announced.

On the broadcast itself, and on the official WWE On FOX Twitter feed, it was announced that "The Phenomenal" AJ Styles will be joining fellow WWE Backstage show-hosts Booker T and Renee Young, as well as other current WWE performers scheduled for the next show, such Xavier Woods of The New Day and Ember Moon.

WWE Backstage returns on FOX Sports 1 (FS1) this coming Tuesday, March 10th, at 11p.m. EST. / 10p.m. CST. to recap the WWE Elimination Chamber 2020 PPV, as well as to begin the look ahead to the next significant PPV date on the WWE calendar -- WrestleMania 36 -- which goes down at Raymond James Stadium in Tampa, Florida on Sunday, April 5th.

In terms of the former, for those who missed it, Styles, along with the rest of The O.C., once again found themselves the focus of a surprise attack to even the odds by The Undertaker when he hit some choke-slams on some of the aforementioned WWE Superstars to help set up the victory for Aleister Black, who was the opponent for Styles during the PPV main card at the event held on Sunday night, March 8th, from Wells Fargo Center in Philadelphia, PA.

Check out the tweet below confirming the appearance by AJ Styles on the next episode of WWE Backstage on FS1 on 3/10.