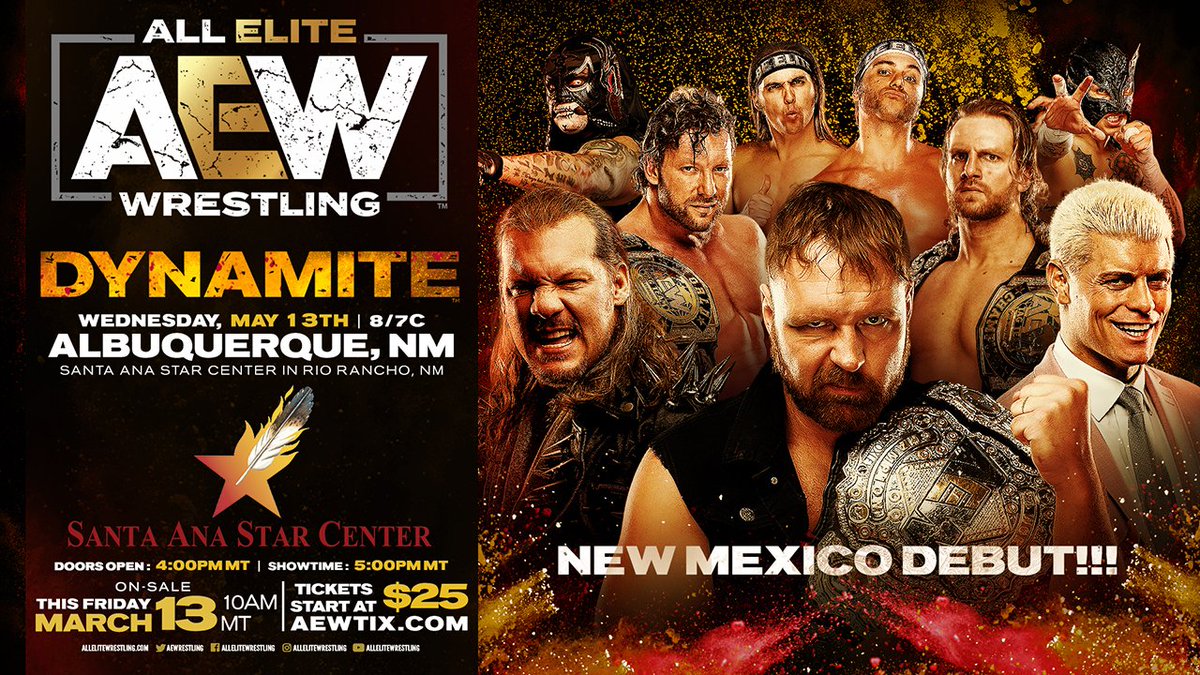 AEW issued a short statement on Twitter announcing their debut in New Mexico.

The promotion will be coming to the Santa Ana Star Center in Albuquerque on May 13th for a taping of their weekly episodic, Dynamite. Tickets are set to go on sale this Friday March 13th. Check out the details below.

Tickets go on sale this Friday, March 13th at 10am MT and can be found at https://t.co/UN1cNiJJrQ pic.twitter.com/HTWBMgwreR

This news comes shortly after AEW announced their debut in New Orleans for the week prior. We'll keep you informed on the latest updates of AEW events.