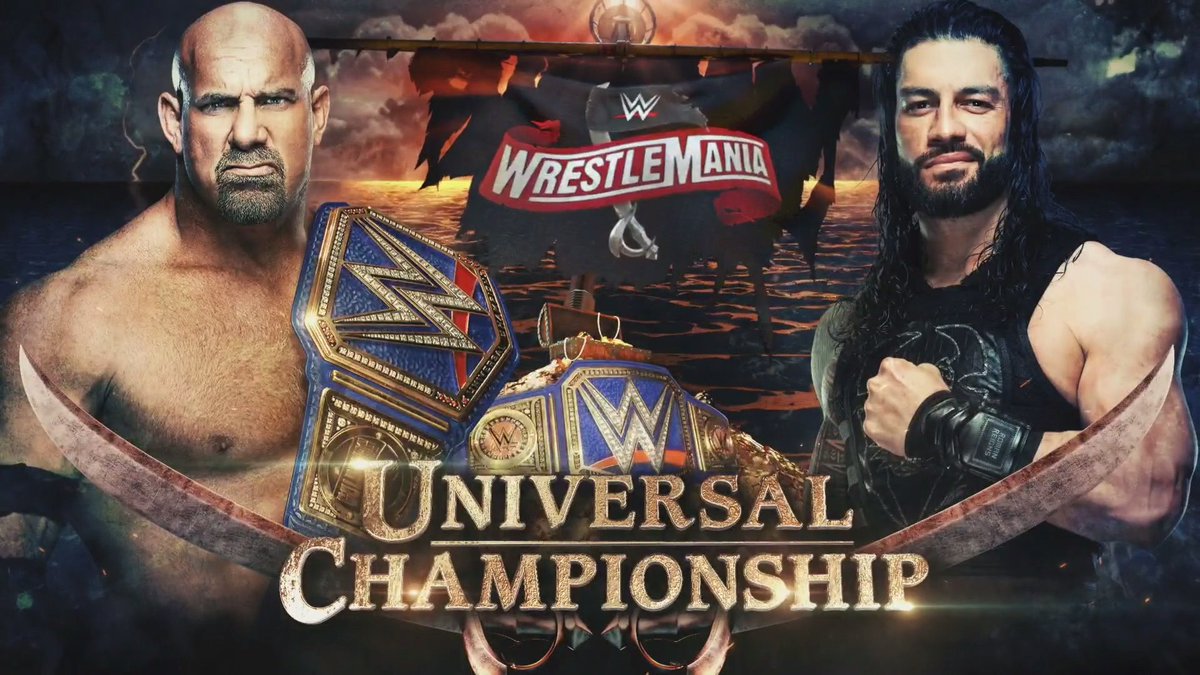 New WWE Universal champion Bill Goldberg will be defending the title against Roman Reigns at WrestleMania 36. WWE announced the matchup following a Goldberg and Reigns confrontation on tonight's episode of Friday Night SmackDown. The 53-year old Hall of Famer came out and asked "Who's next?" when the Big Dog's music hit. After a long staredown, Reigns gave Goldberg his answer. "I'm next."

WrestleMania 36 takes place on April 5th from Raymond James Stadium in Tampa Bay, Florida. Check out an updated card, along with rumored matchups, below.

-Becky Lynch versus Shayna Baszler for the Raw Women's Championship (An Elimination Chamber Match will determine Lynch's challenger)
-Andrade versus Humberto Carrillo for the United States Championship (These two have been feuding since the end of last year)
-Bayley versus Naomi for the SmackDown Women's Championship (These two will meet at Super Showdown, but the rumor is they'll battle at Mania)
-The Kabuki Warriors versus Natalya/Beth Phoenix
-Undertaker versus AJ Styles (Nothing in terms of a build has been done yet to sell this match)
-Edge versus Randy Orton (This was set up on the Raw following the Royal Rumble when Orton attacked Edge)
-John Cena versus The Fiend
-Seth Rollins versus Kevin Owens (These two have been feuding ever since Rollins turned heel after Survivor Series)
-Andrade the Giant Memorial Battle Royal
-Women's Battle Royal
-An unknown women's grudge match