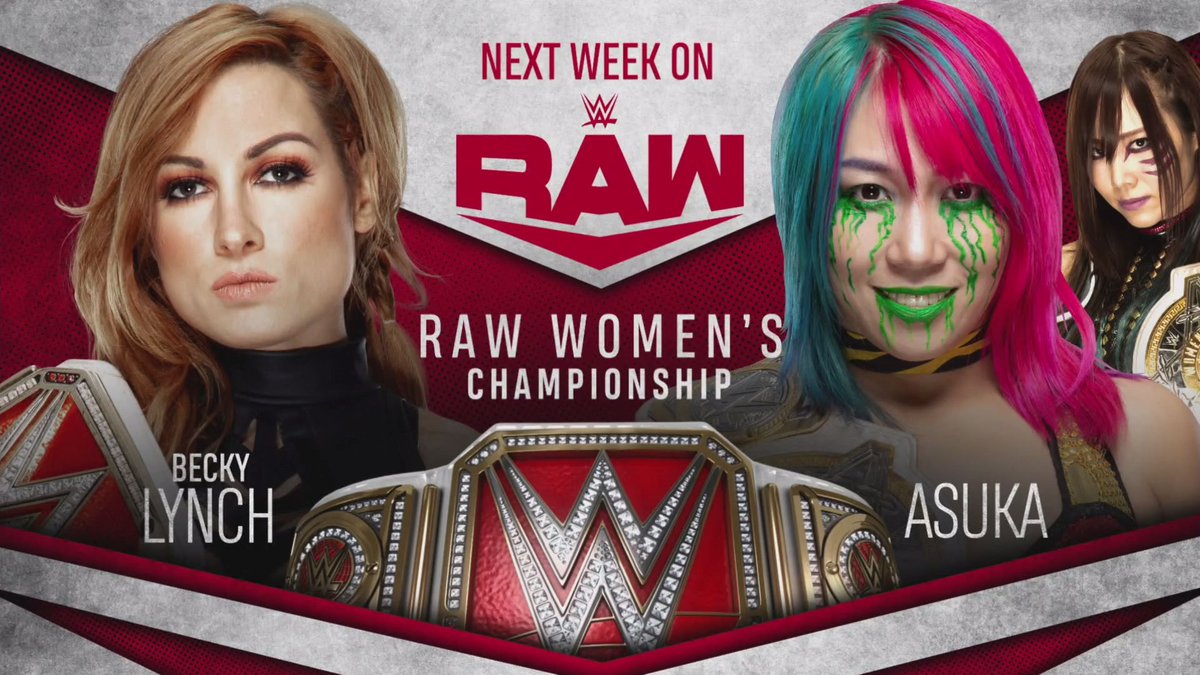 Another big announcement has come out of what ended up being a very newsworthy episode of WWE Monday Night RAW.

During Monday night's show at the Vivint Smart Home Arena in Salt Lake City, Utah, it was announced that on next week's show, WWE RAW Women's Champion Becky Lynch will defend her title against Asuka.

"The Man" going one-on-one against The Kabuki Warriors' Asuka -- one-half of WWE Women's Tag-Team Champions -- was confirmed during one of the promo segments on this week's show.

After the segment, WWE released the following media on their official Twitter feed that shows Lynch and Asuka in the ring in Salt Lake City on Monday night during the match set-up, as well as the official graphic promoting next week's WWE RAW Women's Championship showdown.

The rematch is on. Deal with it.#RAW @BeckyLynchWWE @WWEAsuka pic.twitter.com/qNoc0Hy5B0

NEXT WEEK: @BeckyLynchWWE defends the #RAW #WomensChampionship against @WWEAsuka on #RAW! pic.twitter.com/fQfh60o6d7