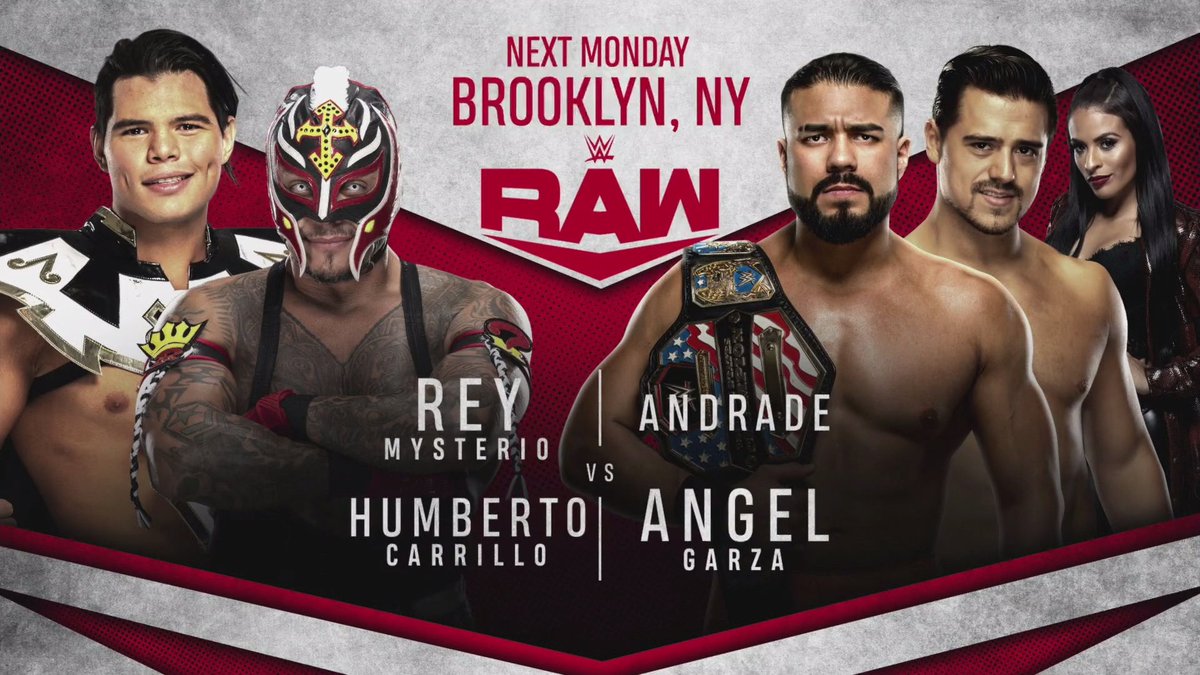 The announcements have already started rolling in for next week's episode of WWE Monday Night RAW.

During the Monday, February 24th episode of the weekly red brand program this week at the Bell MTS Place in Winnipeg, Manitoba, Canada, two big matches and a special return were announced for next Monday night's show.

It was announced that A.J. Styles will be going one-on-one against Aleister Black on next week's RAW, while Rey Mysterio and Humberto Carrillo will join forces to take on the duo of Andrade and Angel Garza in tag-team action.

Additionally, it was announced that WWE Hall Of Famer, NXT On USA announcer and the real-life wife of the recently returned Edge, "The Glamazon" Beth Phoenix, will make her return on next week's show.

Check out the announcements regarding next Monday night's RAW matches and return segment below, and make sure to join us here next Monday night for LIVE results coverage of WWE Monday Night RAW.

NEXT MONDAY: @WWE Hall of Famer @TheBethPhoenix RETURNS to #Raw to provide a medical update on her husband, @EdgeRatedR! pic.twitter.com/SG53V6Xyy9