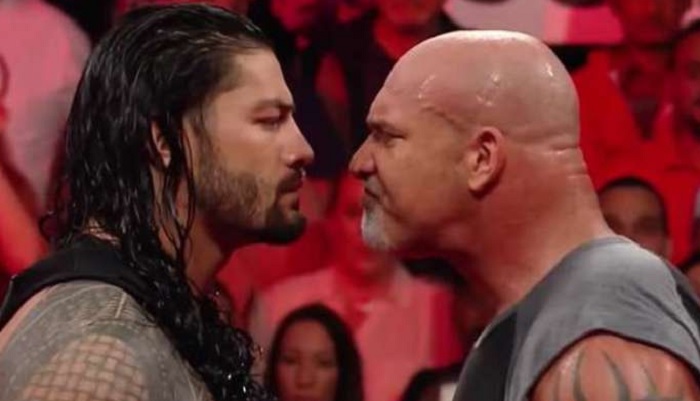 Goldberg, who beat The Fiend at WWE Super ShowDown in Saudi Arabia, is likely to be setting the stage for a program with his eventual WrestleMania opponent and if reports are to be believed, that man is Roman Reigns.

Reigns though would first probably have to win the Elimination Chamber match at the March PPV to get his title shot.

Goldberg is headed to Friday Night SmackDown, and he's bringing the Universal Title with him.

The WWE Hall of Famer sent shockwaves through the sports entertainment world when he defeated "The Fiend" Bray Wyatt at WWE Super ShowDown. Instead of who's next, the WWE Universe will be wondering what's next for Goldberg as he heads into his second reign as Universal Champion.

Will "The Fiend" Bray Wyatt reemerge to confront the first man to stop his twisted rampage? Or will Goldberg target a new member of Team Blue?

Tune in to Friday Night SmackDown on FOX at 8/7 C to catch the new Universal Champion's next move."