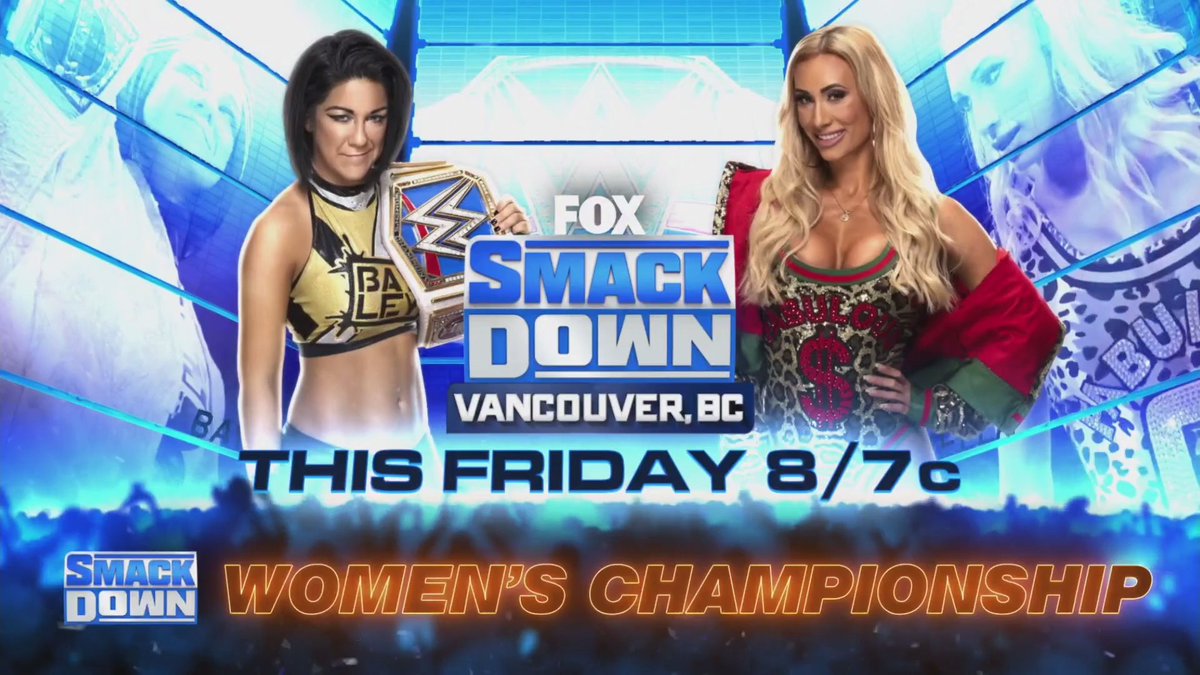 WWE announced that the SmackDown Women's title will be up for grabs this Friday when Bayley defends her championship against Carmella.

The latter earned her title shot by defeating Naomi, Alexa Bliss, and Dana Brooke in a fatal four-way match in the main event of SmackDown last Friday when she pinned Naomi.

The only other match/segment announced for Friday's show is a date between Otis and Mandy Rose.

Check out the SmackDown Women's title announcement for this week's episode of WWE Friday Night SmackDown below.

THIS FRIDAY: @CarmellaWWE gets the opportunity she EARNED last week when she challenges @itsBayleyWWE for the #SmackDown #WomensChampionship! pic.twitter.com/z9k2rixQbx