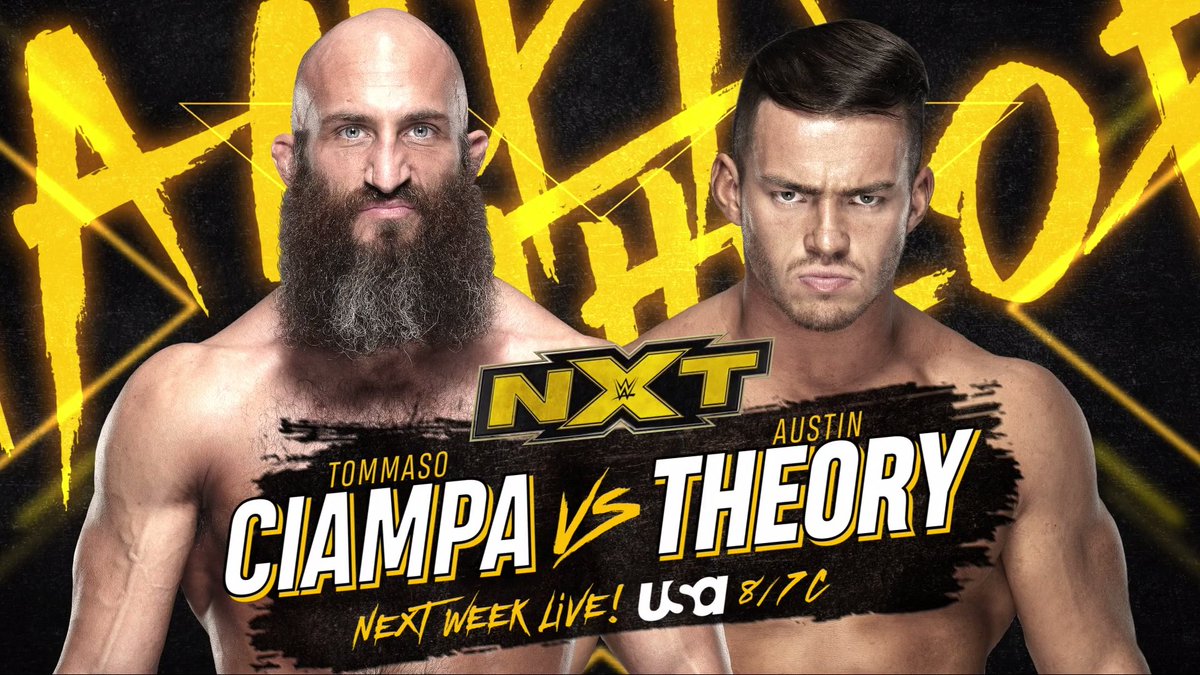 The main event and the return of a big NXT Superstar has been announced for next week's episode of WWE NXT.

During Wednesday night's show at Full Sail University in Winter Park, Florida, WWE announced that next week on NXT On USA, Tommaso Ciampa will battle Austin Theory following a tussle the two were involved in last night.

Additionally, a Finn Balor appearance after his victory over Johnny Gargano at last Sunday's NXT TakeOver Portland live WWE Network special has been announced for NXT On USA next Wednesday evening.

Check out the announcements regarding next week's NXT On USA show from the official WWE Twitter feed below.