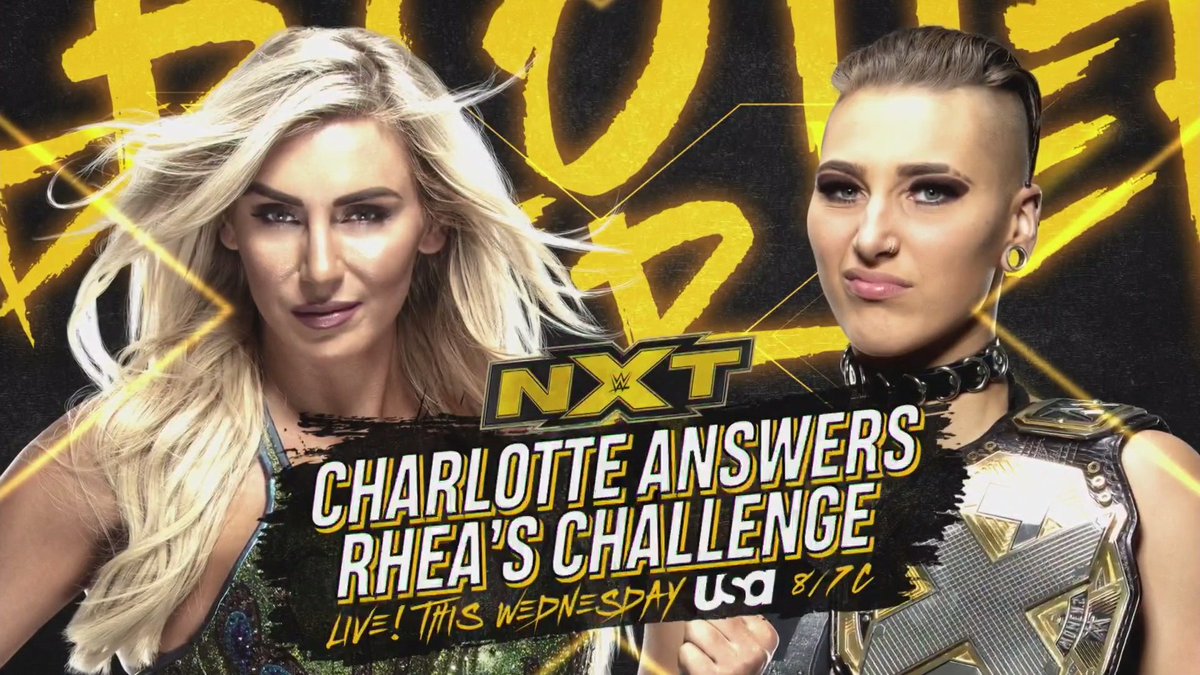 In another big story coming out of an incredibly newsworthy episode of WWE Monday Night RAW this week, Charlotte Flair has been announced for this week's edition of NXT On USA.

During Monday's show, which featured the WWE RAW debut of NXT Women's Champion Rhea Ripley -- who challenged "The Queen" -- it was announced that the 2020 Women's Royal Rumble will be appearing on Wednesday night's NXT On USA broadcast.

Following the Ripley segment on Monday's show, it was announced that Charlotte is now confirmed to appear on WWE's black-and-gold brand show live at Full Sail University in Winter Park, Florida this week.

Charlotte is being teased to respond to Ripley's challenge on this week's WWE NXT show in what is expected to be the actual confirmation of the rumored Charlotte-Ripley title bout for WrestleMania 36.

Check out the tweets posted about this news during the 2/3 episode of WWE Monday Night RAW broadcast from the Vivint Smart Home Arena in Salt Lake City, Utah below.