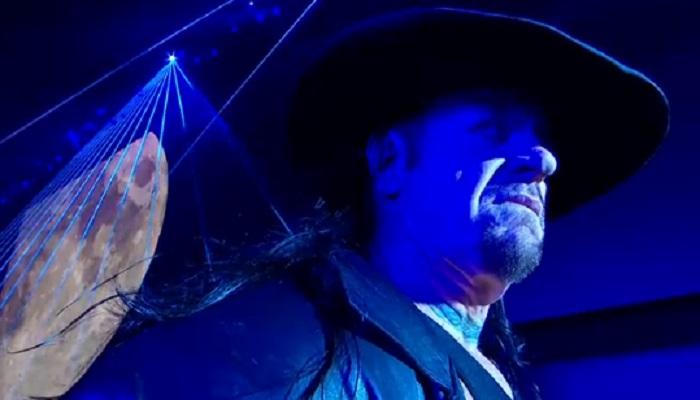 Saudi Arabia got another dose of "The Dead Man" on Thursday, as The Undertaker made his WWE return at the Super ShowDown 2020 live special event from the Mohammed Abdou Arena at The Boulevard in Riyadh, Saudi Arabia.

"The Phenom" took out Luke Gallows and Karl Anderson backstage after The O.C. duo beat down Rey Mysterio just as he was set to face A.J. Styles in the final one-on-one showdown in the first-ever Tuwaiq Trophy Gauntlet Match.

From there, the fans in Riyadh got to experience the iconic ring entrance of The Undertaker, who slowly made his way to the ring where he would simply chokeslam "The Phenomenal One" before pinning him without even removing his hat or coat.

With the victory, The Undertaker goes down in the record books as the winner of the first-ever Tuwaiq Trophy Gauntlet Match.

Click the following link for complete results of the show:

It looks like @AJStylesOrg has drawn the attention of #TheDeadman!