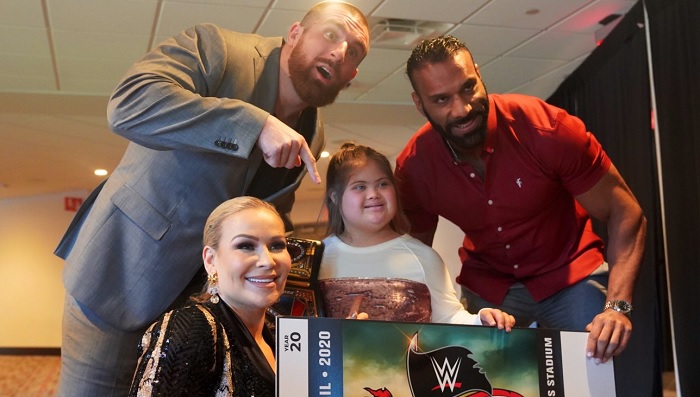 Featured below are videos, photos and comments about the "Road To WrestleMania Luncheon" from the official Twitter feeds of WWE, Stephanie McMahon, Mojo Rawley, Natalya and more.

Shoe game on point. Also, I stole @natbynature's purse at the Road to Wrestlemania Luncheon at Raymond James Stadium in Tampa, Fl. Stay calm, I gave her purse back before she noticed it was gone. @WWE #Wrestlemania pic.twitter.com/aQ0dSsmt5c

Awesome morning at @RJStadium kicking off WrestleMania 36 in only 36 days. We even got to grant a wish as we surprised Ariyah and her family with tickets to WrestleMania. The look on her face was priceless?? @StephMcMahon @MojoRawleyWWE @JinderMahal @MakeAWish pic.twitter.com/SHPVTOB3Ar