ROH: Past Vs. Present 2020 Updates For March 14th In Las Vegas, Nevada 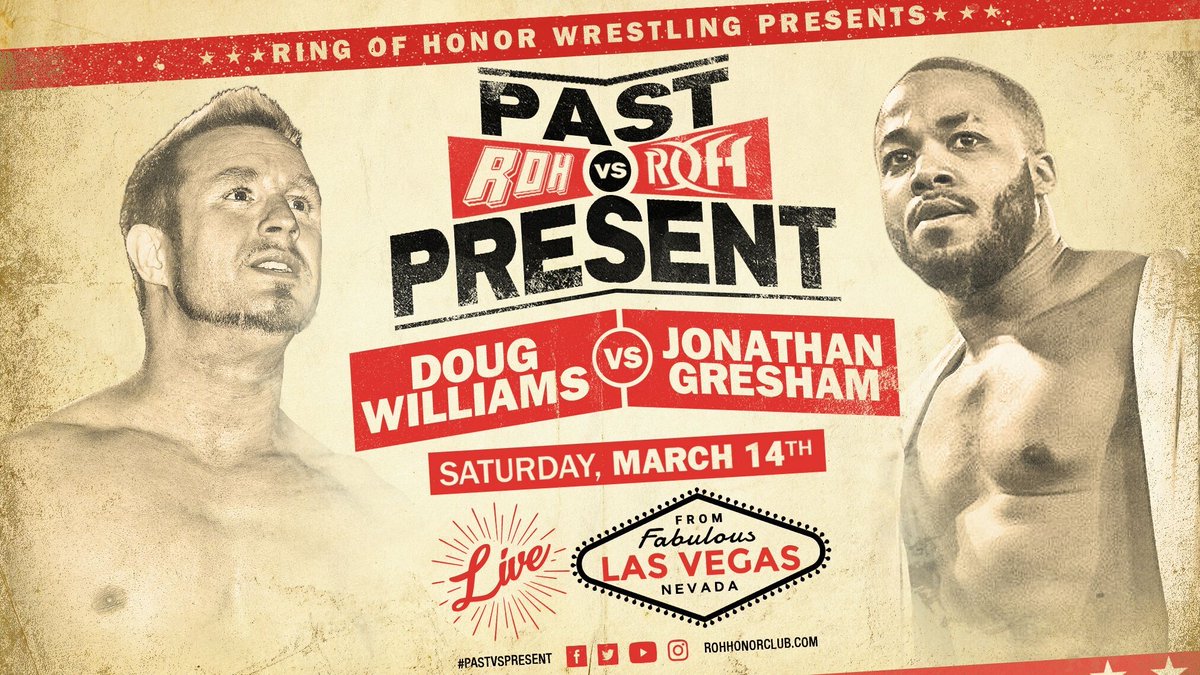 Another big singles match has been officially confirmed for the upcoming Ring Of Honor (ROH) "Past vs. Present" show coming up next month.

Doug Williams vs. Jon Gresham has been signed for the ROH: Past vs. Present 2020 show scheduled for March 14th at Sam's Town Live! in Las Vegas, Nevada.

Check out the announcement regarding the addition of the Williams-Gresham match via the following post from ROH's official Twitter feed.

Doug Williams vs @TheJonGresham has been signed for #ROHPastvsPresent March 14th in Las Vegas at Sam's Town Live!

Whose side are you on?? pic.twitter.com/DHZw9fSU4Z