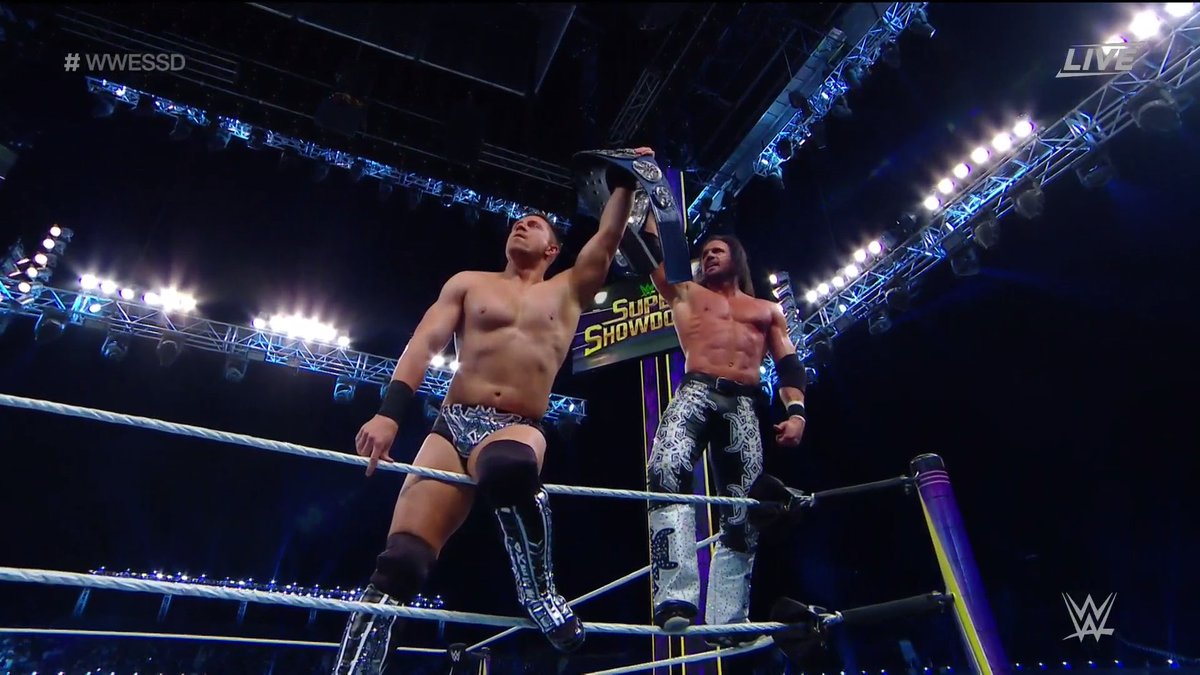 At the WWE Super ShowDown 2020 live special, which streamed on the WWE Network from the Mohammed Abdou Arena at The Boulevard in Riyadh, Saudi Arabia, The Miz and John Morrison walked out of the building as the new SmackDown Tag-Team Champions.

The recently reunited duo defeated seven-time champions The New Day after Morrison hit Kofi Kingston with an illegal steel chair shot to the back, which The Miz followed up by rolling up The New Day member and grabbing a handful of tights to secure the pin fall victory.

Check out videos and photos below of The Miz and John Morrison's SmackDown Tag-Team Championship victory over the now former title-holders The New Day from WWE Super ShowDown.