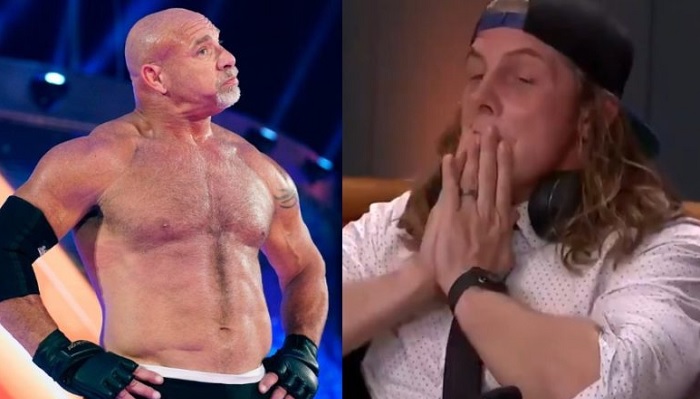 Matt Riddle is at it once again.

One-half of the NXT Tag-Team Champion 'BroserWeights' tag-team, Matt Riddle, has taken to social media to deliver yet another verbal jab at WWE Hall Of Fame legend Bill Goldberg.

"Willy G has been watching his Broserweight tapes," wrote Riddle as a caption to a photo that shows Goldberg staring off into the crowd right where a giant "BROO" sign is visibly noticeable.

Riddle concluded his tweet by taking a jab at the JackHammer finisher that Goldberg used to finish off "The Fiend" at Thursday's live WWE Network special event from Mohammed Abdou Arena at The Boulevard in Riyadh, Saudi Arabia.

Willy G has been watching his Broserweight tapes. PS Sweet BroHammer for the win ?? pic.twitter.com/7hA2JwQq9y