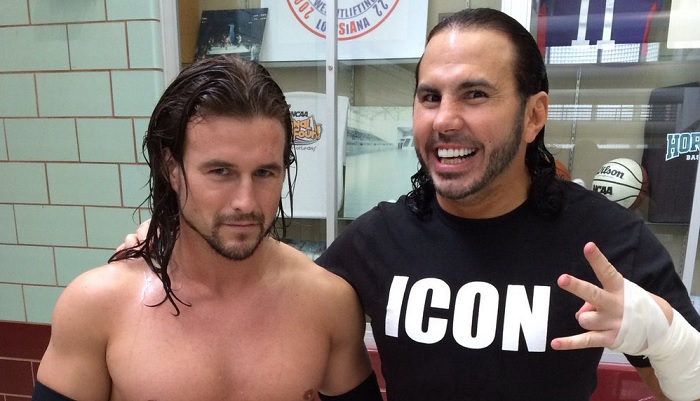 Matt Hardy recently offered high praise for the top dog on WWE's black-and-gold brand while responding to a recent tweet from a fan.

The WWE legend was asked if he would ever work with NXT Champion Adam Cole of The Undisputed ERA again. The two had worked together in the past in Ring Of Honor (ROH).

"Never say NEVAH in this INSANE industry," wrote Hardy. "I am greatly fond of Adam Cole [and] love watching him [and The Undisputed ERA] kicking ass every week on WWE NXT."

Hardy concluded, "Especially considering he was presumed deceased by some before his NXT arrival."

Check out Matt Hardy's tweet, which includes some past photos of himself with Adam Cole, below.

Never say NEVAH in this INSANE industry. I am greatly fond of @AdamColePro & love watching him & the UE kicking ass every week on @WWENXT.. Especially considering he was presumed deceased by some before his NXT arrival. https://t.co/YsJMbCPAmn