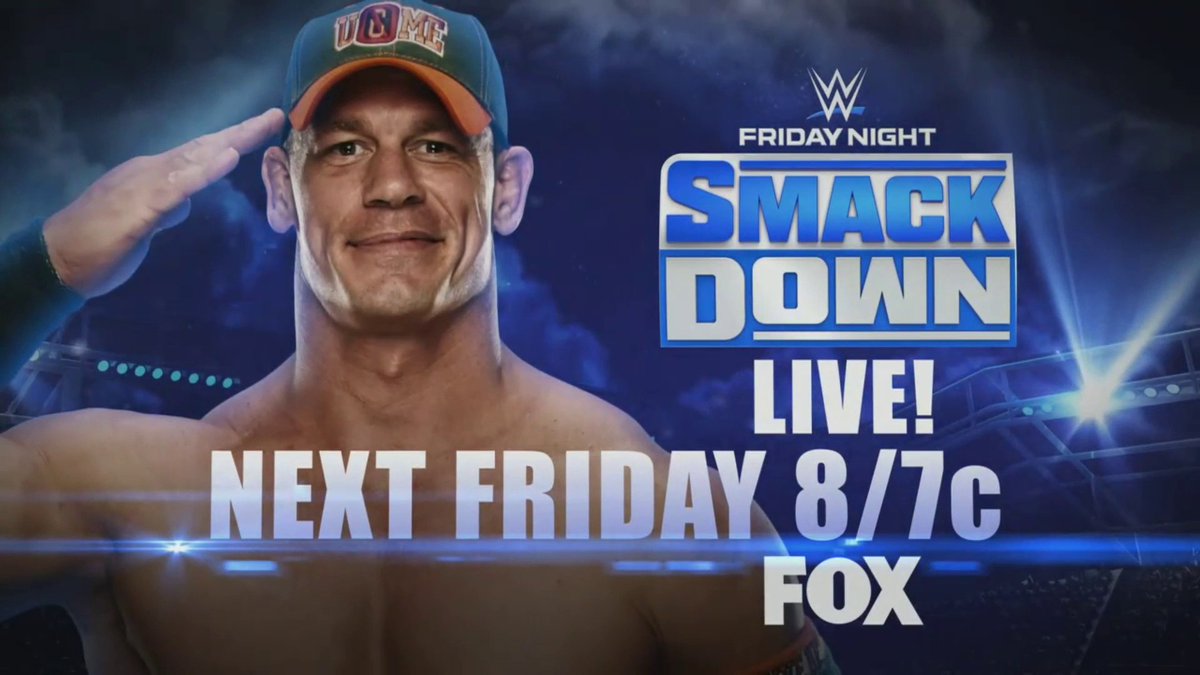 Next week will feature the WWE television return of John Cena, as the co-star of the upcoming "Fast 9" movie will return on Friday Night SmackDown near his West Newbury hometown in Boston, Massachusetts.

Cena will return to the program next Friday and it is expected that at the show near his hometown, the future WWE Hall Of Fame legend will at the very least, plant the seeds to begin the slow-build to his eventual match-or-program planned for WrestleMania 36 in April.

As noted, Cena has "creative control" over his WrestleMania 36 angle, and it appears that control will be used to help with the push of Elias. The two are rumored for a showdown at Raymond James Stadium in Tampa, Florida on "The Grandest Stage of Them All."

Ahead of next week's episode of Friday Night SmackDown at the TD Garden in Boston, Mass. on Feb. 28th, WWE has released a trailer promoting the return of John Cena.

Check out the video below.