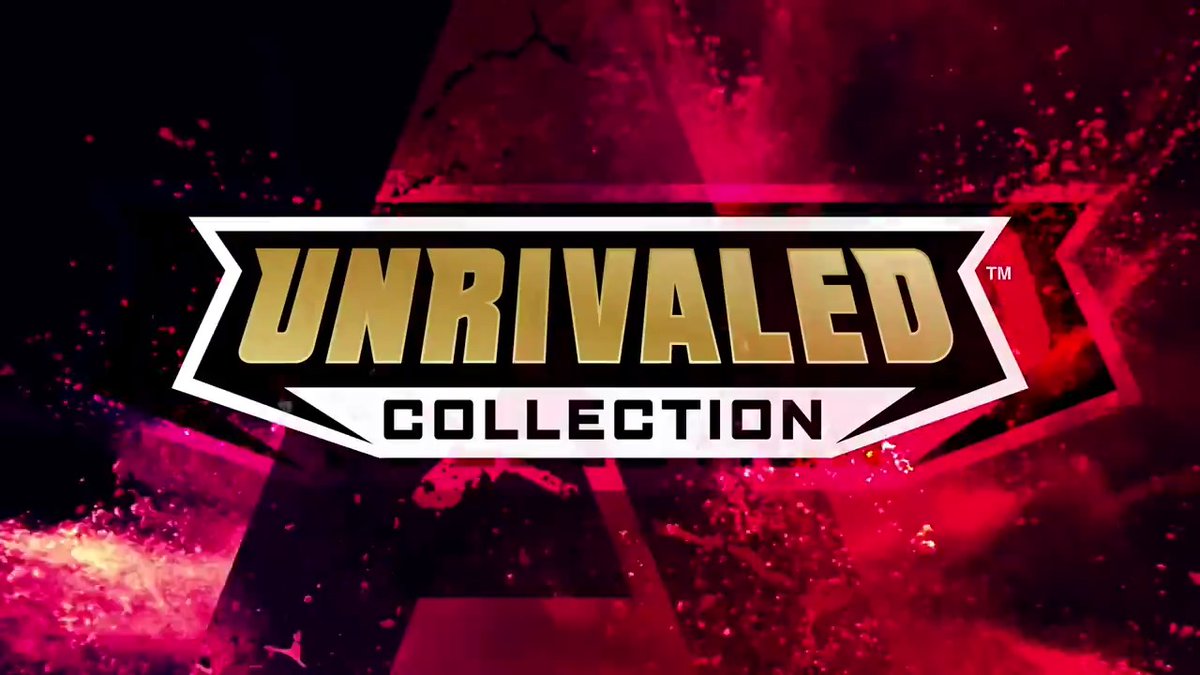 As seen on this week's episode of AEW Dynamite, the stars of All Elite Wrestling are now immortalized in the form of their very own action figures, as Jazwares has created the brand new "AEW UNRIVALED" line that includes such wrestlers as Chris Jericho, Cody, The Young Bucks, Kenny Omega, Jon Moxley and more.

Following the breaking news revealed during the 2/19 AEW Dynamite broadcast, which aired live from the State Farm Arena in Atlanta, Georgia, All Elite Wrestling and Jazwares issued an official press release to formally announce the "AEW UNRIVALED" action figure line.

Check out all of the details, as well as the first look at the action figures, below.

JAZWARES & ALL ELITE WRESTLING ARE UNRIVALED!

February 19, 2020 -- Jazwares, a global leader in play, and All Elite Wrestling (AEW), the new professional wrestling league that is taking America by storm, are tag-teaming on AEW's first line of action figures and role play collectibles. Featuring AEW World Champion Chris Jericho, Cody, The Young Bucks, Kenny Omega, Jon Moxley and more, the new AEW UNRIVALED line will be on display at Jazwares' booth at Toy Fair New York on Feb. 22-26, and will hit retail later this year.

Each Wave will include limited edition and rare variants to add chase and elation to every release. Other authentic items for Fall 2020 will include the AEW UNRIVALED: Action Ring to play-and- display UNRIVALED figures and the AEW World Championship Title Belt, with even more formats and innovations in development for future seasons.

"AEW has very quickly become one of the most provocative, engaging and relevant wrestling brands of all time. It is a league embraced by generations of fans and collectors in a genre with a huge appetite for authentic product," said Jeremy Padawer, EVP / Partner Jazwares. "We plan to build out the kind of program that can appeal both to the display collector and also to younger fans who want a tangible way to play and interact with their heroes," said Michael Rinzler, EVP / Partner Jazwares.

"When AEW launched just over a year ago, we couldn't have imagined there would be a toy line this soon, featuring our wrestlers, making its debut at Toy Fair in New York City," said Dana Massie, Chief Marketing and Merchandising Officer. "But, we've always known from the start that we have the greatest fans in the world, and we're constantly looking for new ways to positively engage and connect with them in ways that matter. Our partnership with Jazwares ramps up our commitment to fan engagement, and we hope our fans will love the AEW action figures and collectibles representing the personalities who have become part of their lives each Wednesday on TNT, at our pay-per-view events and beyond."

About Jazwares Jazwares, a subsidiary of Alleghany Capital Corporation, is a global leader in consumer products including toys, plush, collectibles, musical instruments, and consumer electronics. With over 20 years of design, development, and manufacturing expertise, Jazwares is an award-winning company with a progressive focus on identifying new trends and transforming them into high- quality products for consumers of all ages. Jazwares, which is headquartered in Sunrise, FL, has offices around the world and sells in over 100 countries. Jazwares' mission is to entertain through the creation of innovative products. The company's portfolio features a variety of dynamic, wholly- owned brands along with leading global licenses, and includes acquisitions First ActTM, Russ BerrieTM, ApplauseTM, Zag ToysTM, and Wicked Cool Toys. For more information about Jazwares, please visit www.jazwares.com.

About AEW AEW is a new professional wrestling promotion headlined by members of The Elite (Cody & Brandi Rhodes, Matt & Nick Jackson, Kenny Omega and Hangman Page) and Chris Jericho and Jon Moxley. For the first time in many years, AEW is offering an alternative to mainstream wrestling, with a growing roster of world-class male and female wrestlers who are poised to bring new spirit, freshness and energy to the industry. The inaugural event under the AEW banner was DOUBLE OR NOTHING in Las Vegas in May 2019. AEW is broadcasting two-hour weekly shows on TNT on Wednesdays from 8 to 10 p.m. ET. The action- packed matches take place in different cities across the nation each Wednesday. For more info, check out @AEWrestling (Twitter), @AllEliteWrestling (Instagram), / AllEliteWrestling (FB), AllEliteWrestling (YouTube).

Check out video above of the segment from Wednesday's AEW Dynamite, which shows various AEW talents reacting to seeing their action figures for the first time.