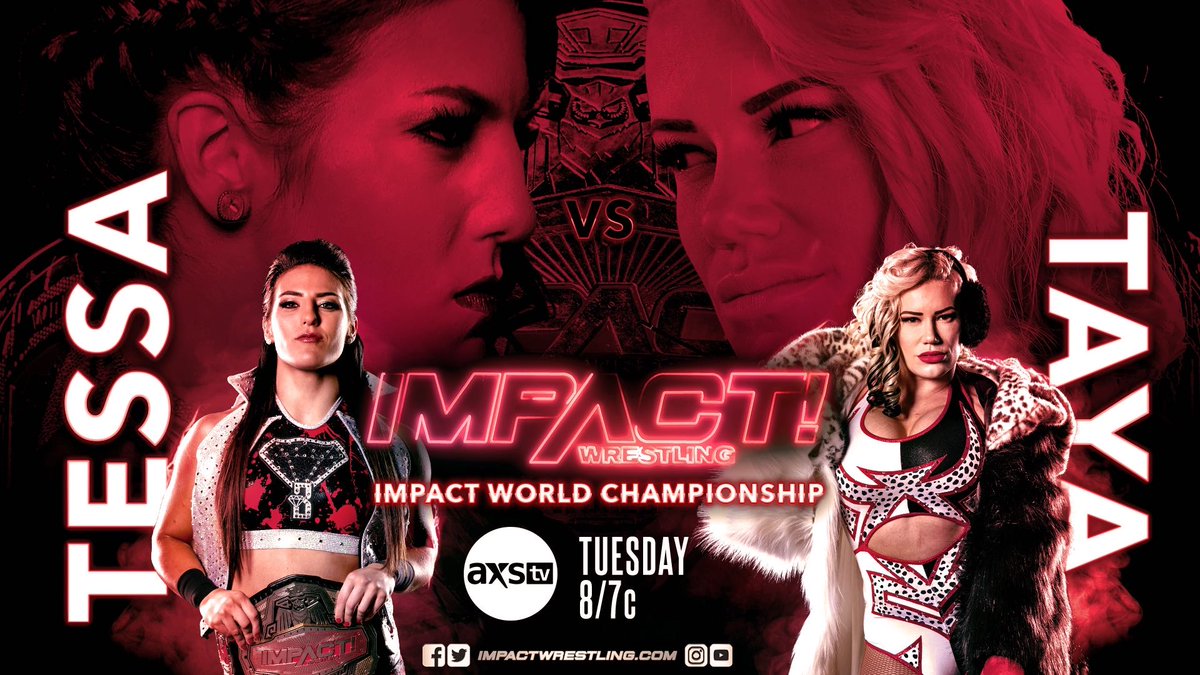 IMPACT Wrestling history will be made on next week's edition of IMPACT On AXS TV.

The promotion announced on Wednesday that two women will be competing for the IMPACT Wrestling World Heavyweight Championship for the first time in the history of the company when current title-holder Tessa Blanchard defends against Taya Valkyrie on next week's IMPACT On AXS TV show.

With that now known, featured below is an updated look at the lineup for the March 2nd episode of IMPACT On AXS TV

Check out the Blanchard-Valkyrie announcement, as well as an additional tweet with other matches confirmed for next week's IMPACT On AXS TV show below.

BREAKING: For the first time ever, two women will compete for the IMPACT World Championship as @Tess_Blanchard will defend the title against @TheTayaValkyrie TUESDAY at 8/7c on @AXSTV! #IMPACTonAXSTV pic.twitter.com/rWi8XFCUCD