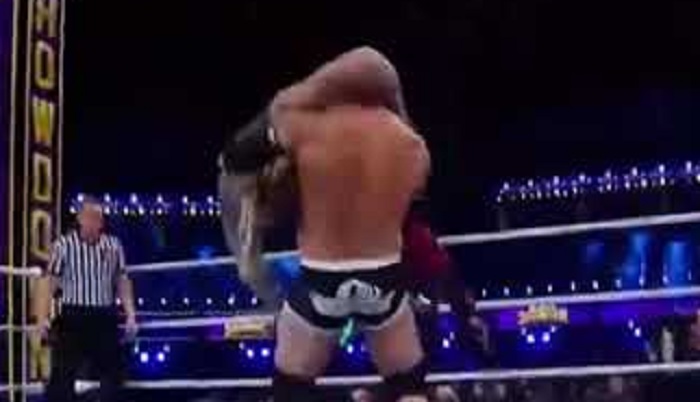 It appears the JackHammer that Goldberg used to defeat "The Fiend" Bray Wyatt at WWE Super ShowDown on Thursday is a hot topic of conversation behind-the-scenes within the WWE NXT brand.

Following the live WWE Network special event earlier this week, multiple NXT Superstars took to social media to comment about the WWE Hall Of Fame legend using the JackHammer to finish off "The Fiend" and recapture the WWE Universal Championship for a second time.

Featured below are post-WWE Super ShowDown comments from Pete Dunne, Tyler Breeze and The Velveteen Dream about Goldberg's use of the JackHammer in the finish of his main event bout against Bray Wyatt.

Bill may have a hernia after that https://t.co/n31avwDdZE

The DREAM takes no issues with the return of @Goldberg

As noted, Matt Riddle himself also commented on Twitter about Goldberg using the "BroHammer" to finish off "The Fiend" Bray Wyatt at WWE Super ShowDown.

For those who missed it, check out the tweet from "The King of Bros" about Goldberg's finisher from Thursday's special event in Riyadh, Saudi Arabia below.

Additionally, check out video highlights of Goldberg vs. 'The Fiend' Bray Wyatt from WWE Super ShowDown 2020 to see what all the JackHammer/BroHammer fuss is about for yourselves.

Willy G has been watching his Broserweight tapes. PS Sweet BroHammer for the win ?? pic.twitter.com/7hA2JwQq9y