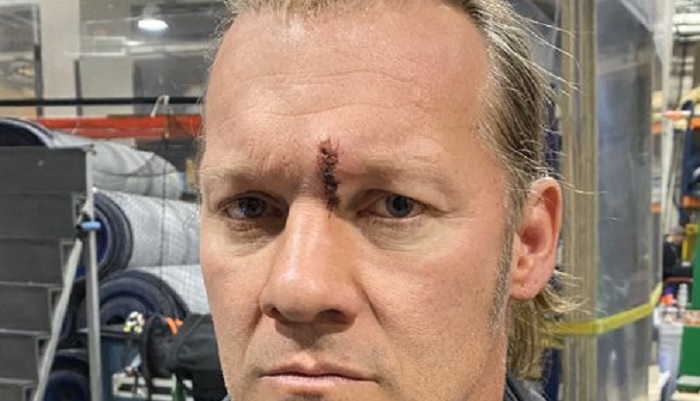 The final segment on the AEW Revolution "go-home" episode of AEW Dynamite this week saw Jon Moxley deliver a sneaky headbutt out-of-nowhere to Jericho during the "Official Weigh-Ins" for their PPV title showdown.

The headbutt landed right between the eyes of "Le Champion," resulting in the leader of The Inner Circle visiting the AEW doctor after the match where he needed seven stitches to close the wound.

Following Wednesday night's show, photos of Jericho's stitched up face were released online. Check out the photos below.

#LeChampion with the scars of tonight's weigh in. #7stitches pic.twitter.com/jEgOCTuRV8

7 stitches courtesy of #JonMoxley on @aewontnt tonight. My bad #Mox...I let my guard down. Not gonna make the same mistake twice on Saturday at #AEWRevolution...your day of reckoning is coming at the hands of #LeChampion!