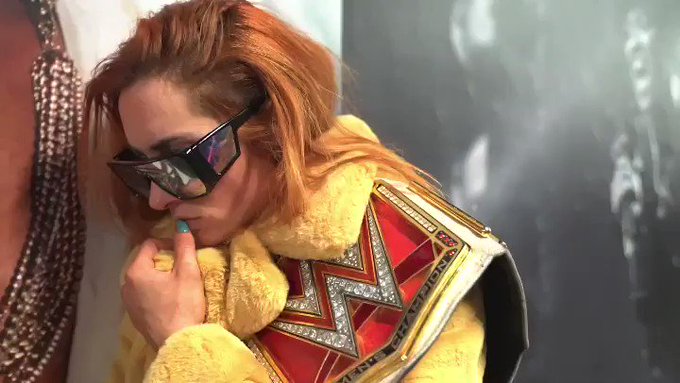 Ahead of her WWE RAW Women's Championship defense against Asuka, "The Man" Becky Lynch" checks in from the WWE live event in Oakland, California this weekend to cut a promo on "The Kabuki Warrior" tag-team member.

Before "The Man" enters the ring on Monday's show to defend her title, she had a message to send Asuka from backstage at the WWE Oakland live event this weekend.

WWE posted the following video of Lynch's promo on their Twitter feed.

#TheMan @BeckyLynchWWE isn't worried about losing her #Raw Women's Championship on Monday, and she seems to have some new inspiration too...#WWEOakland pic.twitter.com/0t24SppZm5