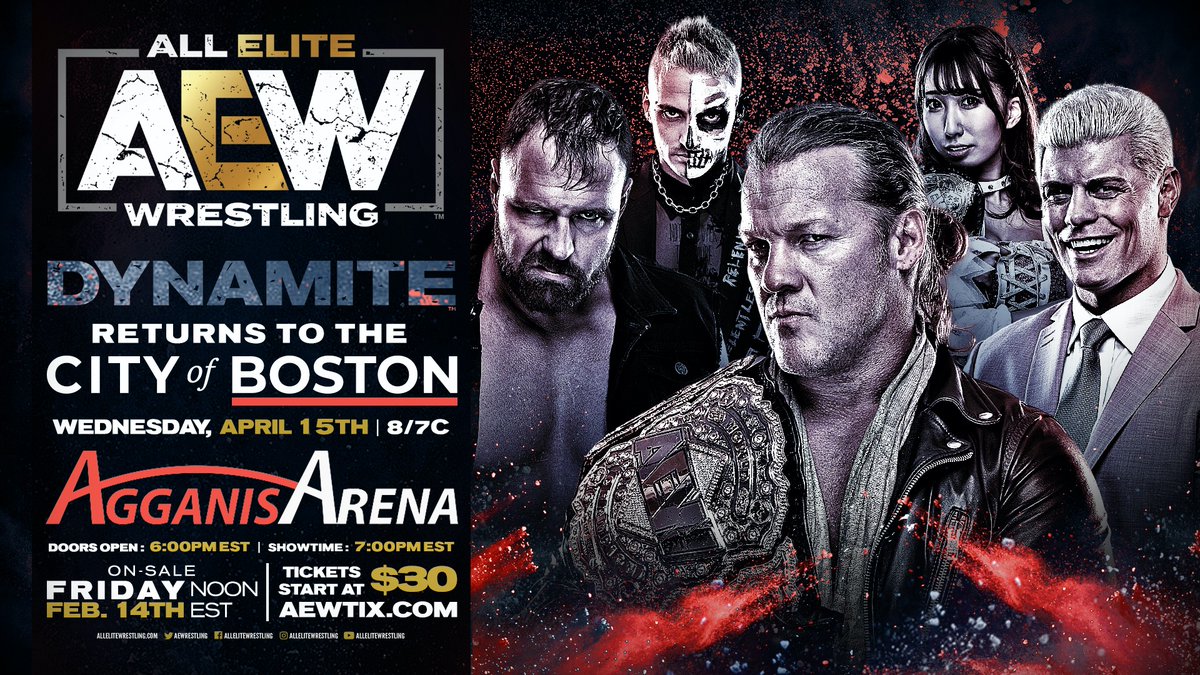 All Elite Wrestling made a newsworthy announcement to kick off the week.

On Monday morning, AEW announced the return date for AEW Dynamite at Agganis Arena in Boston, Mass., as the weekly AEW on TNT show will return to the venue on Wednesday, April 15th.

Check out ticket on-sale information in the following tweet released by AEW.

On this week's edition of AEW Dynamite, which emanates from the HEB Center in Austin, TX., Riho will defend the AEW Women's Title against Nyla Rose in one-on-one action and Jon Moxley will meet Santana in the "Eye for an Eye" match.

Check out some promotional tweets released for those matches below.

They meet again! It's @riho_gtmv (c) vs. @NylaRoseBeast for the #AEW Women's World Championship in #AEWAustin!