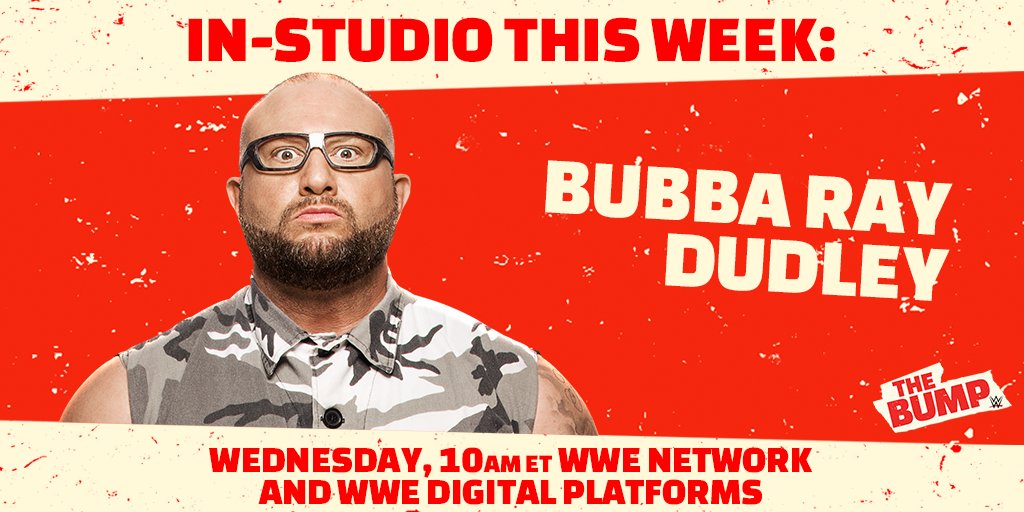 When WWE's The Bump returns this Wednesday, it will be time for the popular weekly digital series to "Get The Tables."

On Monday evening, WWE announced via their official Twitter feed and via the official WWE Network schedule update for this week that Bubba Ray Dudley will be joining the crew on this week's show.

One-half of the WWE Hall Of Fame tag-team, The Dudley Boyz, will appear on the new episode, which premieres this coming Wednesday, January 29th at 10 a.m. Eastern Time via the WWE Network and WWE's various digital platforms.

Check out the official announcement regarding Bubba Ray Dudley appearing on WWE's The Bump below.

Backup #WWETheBump tables are on order... ya know, just in case.@bullyray5150 joins us in-studio this Wednesday! pic.twitter.com/0iLavZQkU7