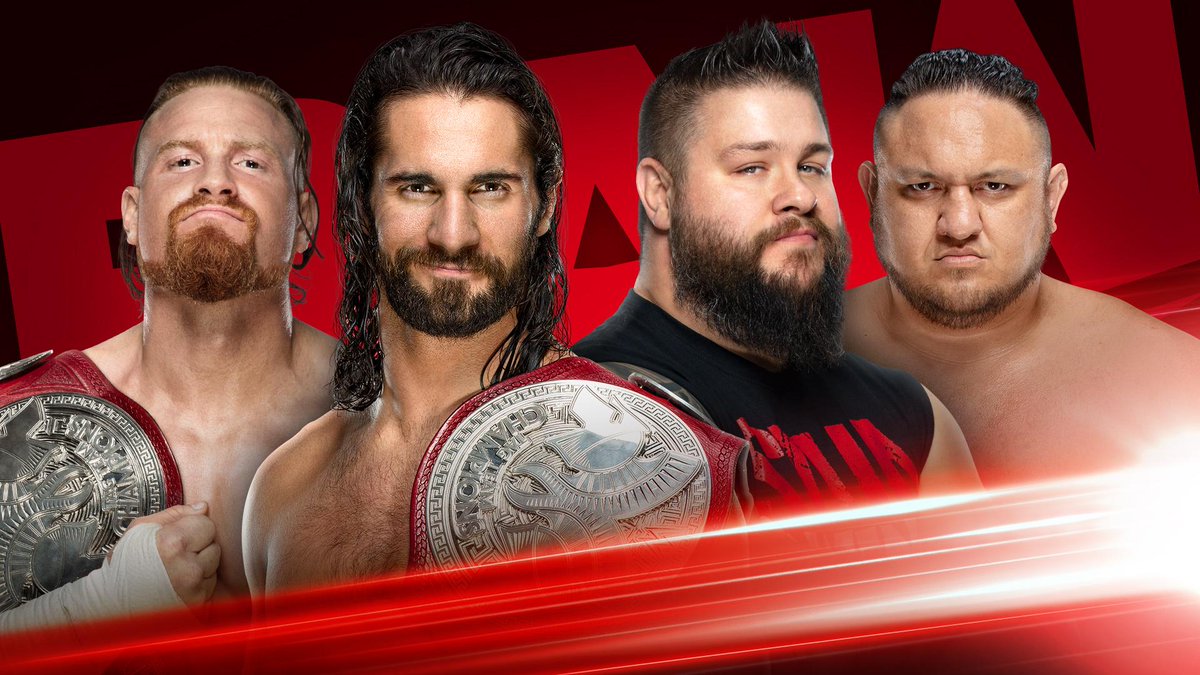 With WWE Royal Rumble 2020 in the rear view mirror "The Road to WrestleMania 36" officially kicks off on tonight's post-pay-per-view episode of WWE RAW.

Ahead of tonight's post-Royal Rumble edition of WWE's weekly red brand program, which emanates from the AT&T Center in San Antonio, Texas this week, the announcements keep coming in for what is shaping up to be a stacked RAW show.

The latest update for tonight's show is the announcement of a RAW Tag-Team Championship match, with newly crowned champions Seth Rollins and Buddy Murphy putting their titles on-the-line against the dangerous duo of Kevin Owens and Samoa Joe.

In last night's Men's Royal Rumble Match, Kevin Owens and Samoa Joe set aside their recent alliance in pursuit of main-eventing WrestleMania. Now that that's out of the way, they'll regroup and focus on their common enemies.

The pair will challenge recent tormentor Seth Rollins and his new acolyte, Buddy Murphy, for the Raw Tag Team Titles in a match that will test the strength of both impressive young alliances. For Rollins & Murphy, it's a test to see if they can build off the improbable win over The Viking Raiders that made them champions. And, for Owens & Joe, it'll go a long way toward showing whether this is a true partnership that can weather ups and downs or just a brief alliance of convenience.