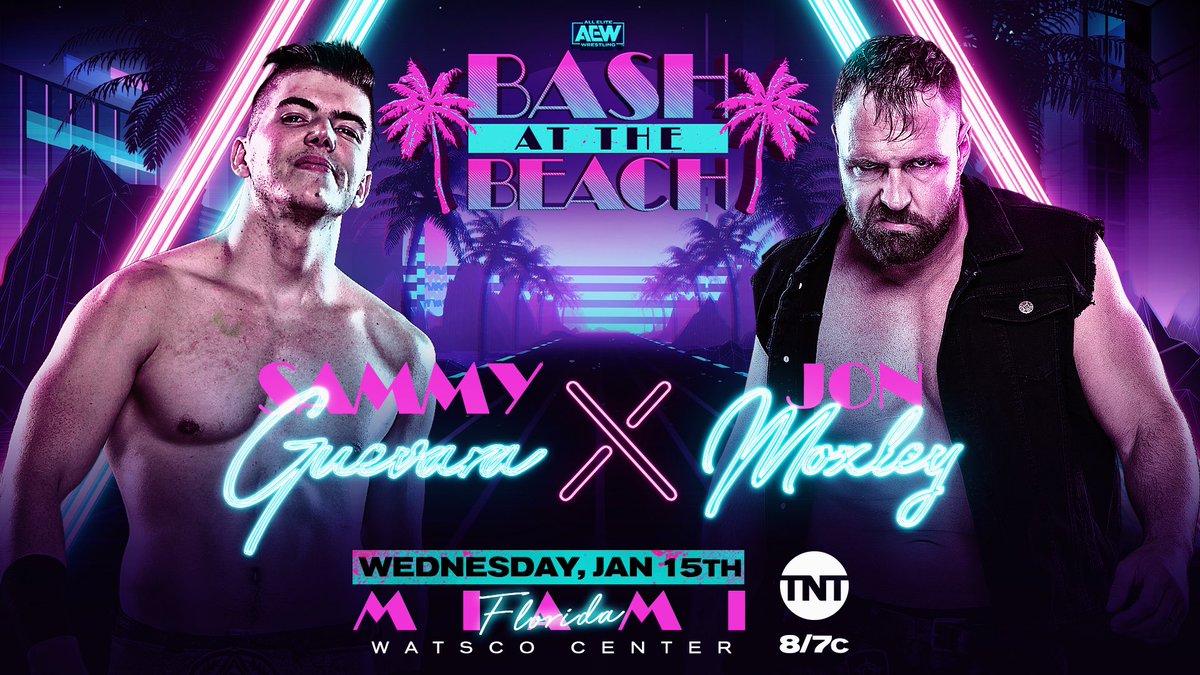 A new match has been announced for next week's "Bash At The Beach" edition of AEW Dynamite.

AEW issued the following on their official Twitter page this week to announce Sammy Guevara of The Inner Circle going one-on-one against Jon Moxley at next week's special AEW Dynamite "Bash At The Beach" show.

Just signed for Next Wednesday, January 15th's #AEW's Bash at the Beach LIVE from Miami ... @sammyguevara vs @JonMoxley ... get your tickets now at https://t.co/UN1cNj1kQq or watch at 8/7c on @tntdrama pic.twitter.com/8z2Esl8zZn