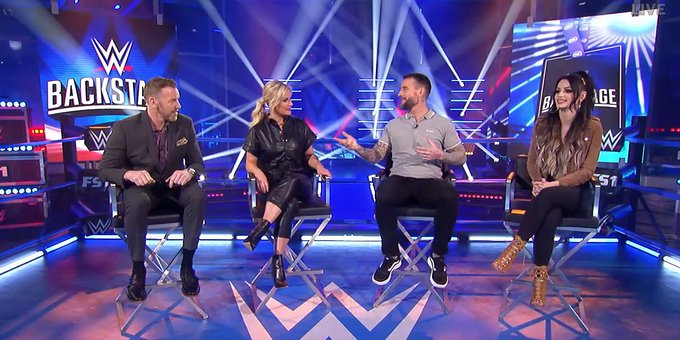 It's no secret that the WWE Tag Team Championship doesn't have the same importance as the other belts in the company, with perhaps the exception of the WWE 24/7 title.

CM Punk returned to WWE Backstage on Tuesday night on FS1. During the show, Punk discussed Seth Rollins and Buddy Murphy defeating the Viking Raiders for the RAW Tag Team Championship this past Monday night. Punk noted that "a certain somebody" doesn't like tag teams, referring to Vince McMahon, but admitted that he was in favor of the title change.

"I think the tag team titles are often like a prop, right? I know a certain somebody doesn't like tag teams, there's always one star and then the other guy in a tag team," Punk said. "So, it's nice to see them maybe being used in what I'd imagine is not as the main angle on RAW.

"So, it's interesting to see where they're gonna go with it. If we're talking thumbs up or thumbs down, I'm saying thumbs up."

Former WWE star Dr. Tom Prichard, who was a part of the Bodydonnas tag team in WWE, recently discussed why WWE doesn't focus on tag teams during an interview with Wrestling Inc.

You can check out Punk's comments in the video below: