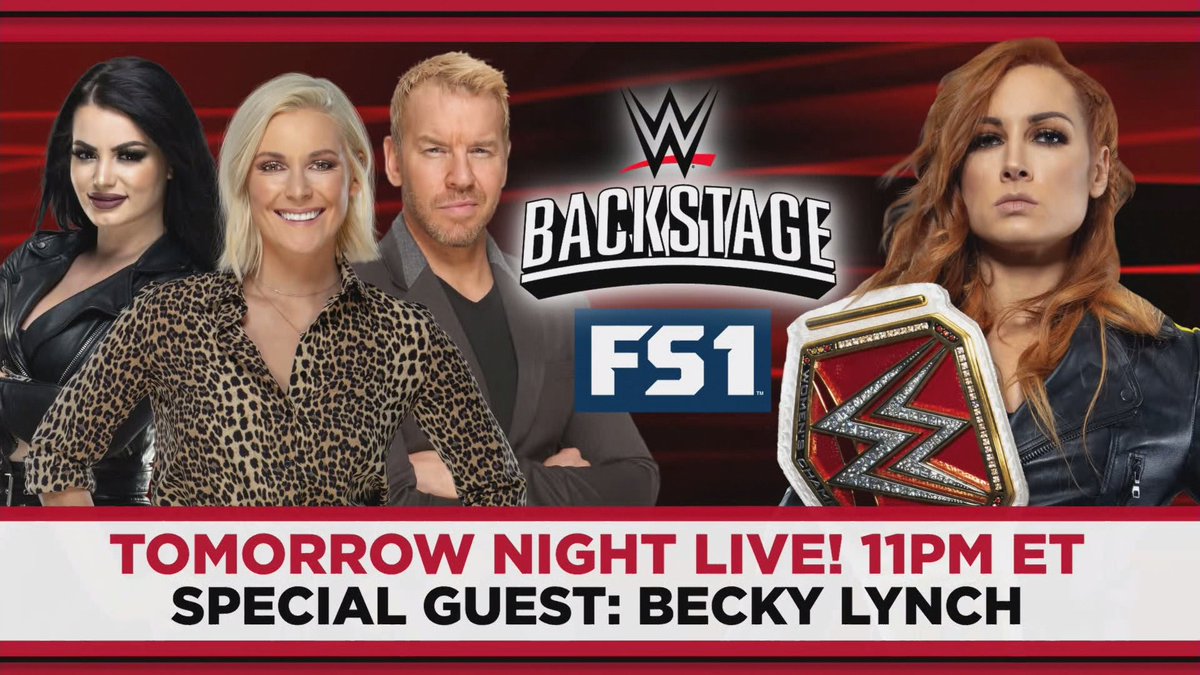 The WWE Royal Rumble "go-home" edition of WWE RAW was a newsworthy show on Monday night.

Among many news items announced during the show, it was made official that RAW Women's Champion "The Man" Becky Lynch will be the special guest on this week's episode of WWE Backstage On FS1.

"The Man" will defend her RAW Women's Title against Asuka of The Kabuki Warriors in a one-on-one title match that is official for this Sunday's WWE Royal Rumble 2020 pay-per-view.

Check out the official announcement regarding Becky Lynch joining Paige, Renee Young and Christian on WWE Backstage this week on FOX Sports 1 below.

Be sure to catch @BeckyLynchWWE on #WWEBackstage TOMORROW NIGHT at 11 PM ET/8 PM PT on @FS1! pic.twitter.com/5gy8X1OHx4