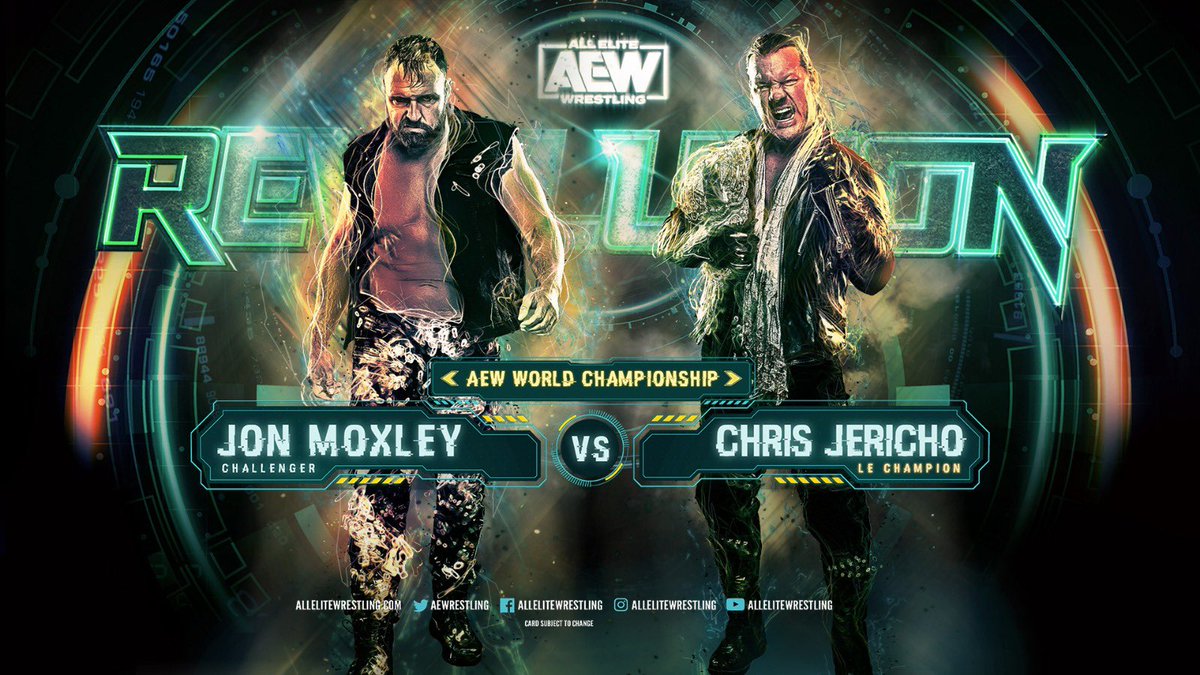 AEW posted a short statement on social media to formally announce the match ahead of this week's episode of AEW Dynamite, where the promotion has been advertising that for the first time since securing his spot in a title match against the leader of The Inner Circle faction Moxley will speak live in the ring.

Inner Circle leader Chris Jericho will be defending the AEW World's Championship against number one contender, Jon Moxley, at the AEW Revolution 2020 PPV scheduled to emanate from the Wintrust Arena in Chicago, Illinois on February 29th.

Moxley earned the opportunity by defeating "The Bastard" PAC on last week's episode of AEW Dynamite from the Chris Jericho Cruise.

Check out the Jericho-Moxley title match announcement for AEW Revolution 2020 below.