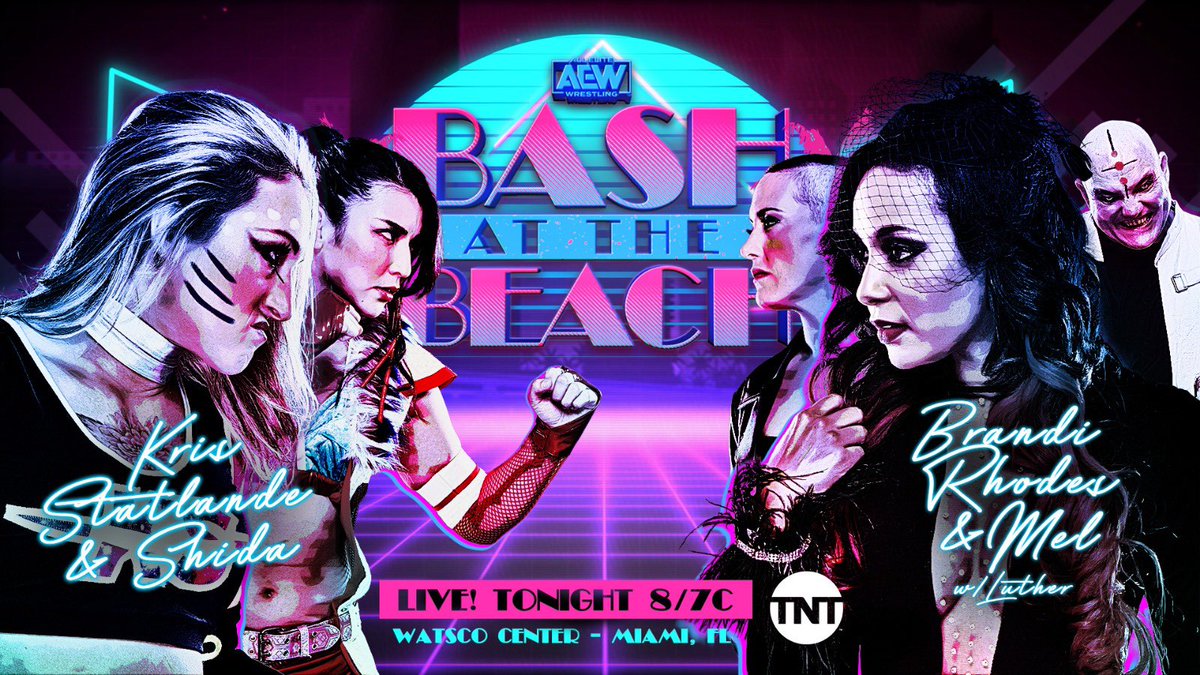 A late-replacement opponent has been substituted into a women's tag-team match scheduled for tonight's special "Bash At The Beach" edition of AEW Dynamite.

On their official Twitter page, All Elite Wrestling announced that due to an illness, Awesome Kong has failed to receive medical clearance to compete on tonight's AEW show.

As a result, Brandi Rhodes will step in alongside Melanie Cruise to take on the duo of Kris Statlander and Hikaru Shida in a women's tag-team bout on tonight's show.

Check out the official announcement below.

Breaking news - Awesome Kong is not medically cleared due to illness. @TheBrandiRhodes will now team with @MelAEW to face @callmekrisstat & @shidahikaru TONIGHT at 8/7c on #AEWDynamite pic.twitter.com/oiFtlxihSm