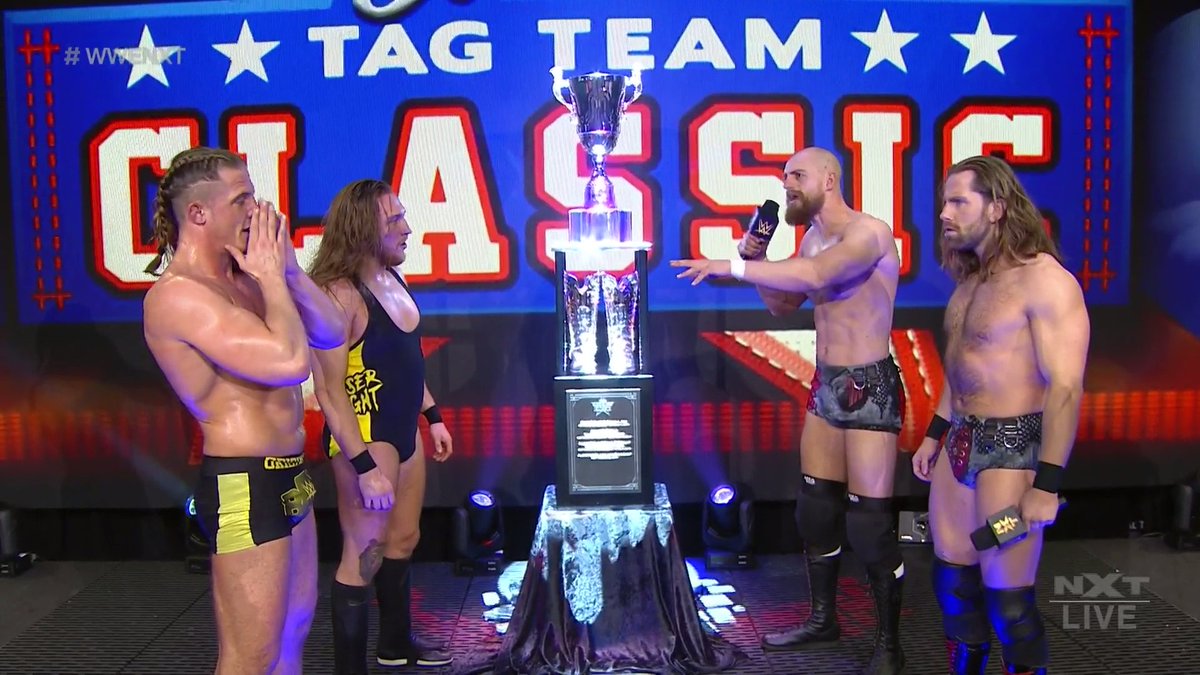 The 2020 Dusty Classic Finals are set.

It will be The BroserWeights (Matt Riddle & Pete Dunne) taking on The Grizzled Young Veterans (Zack Gibson & James Drake) after each of them won their semi-final matches last night.

The championship final will take place next week on NXT and the winning team will join the likes of Samoa Joe & Finn Balor, The Authors of Pain, The Undisputed Era (Adam Cole & Kyle O'Reilly) and Aleister Black & Ricochet as past winners.

Also announced for next week's show is a grudge match between Tegan Nox and Dakota Kai.

This will be their first match since Kai turned heel back at the November TakeOver by attacking Nox.