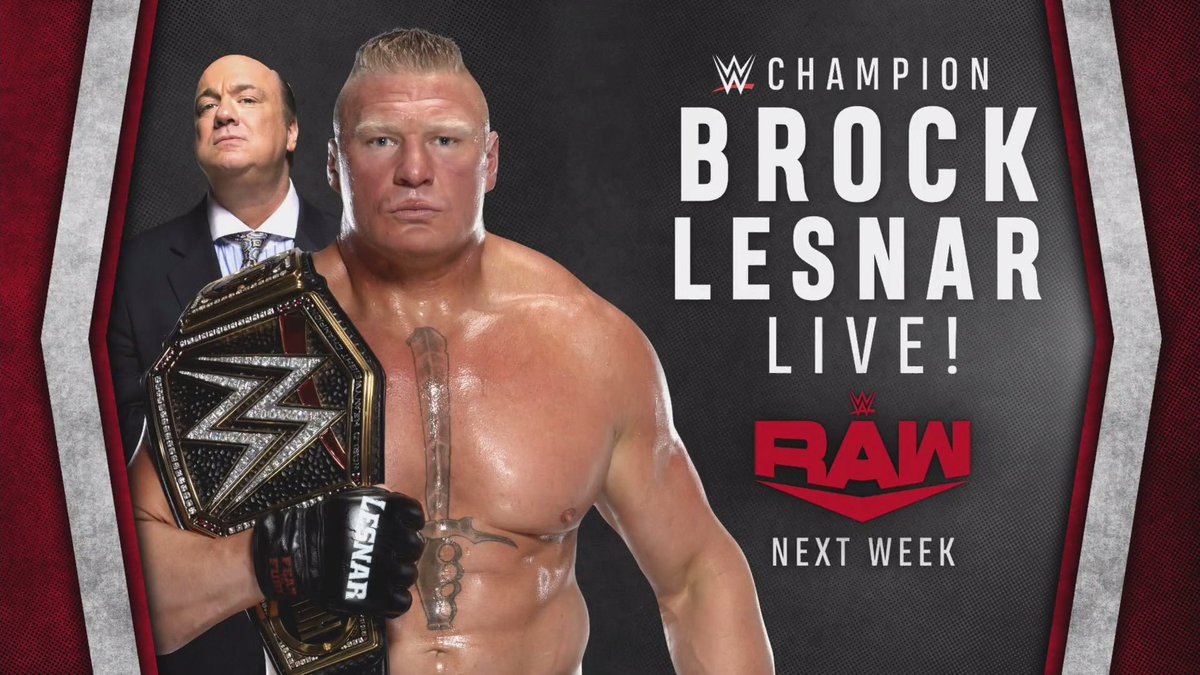 For the first WWE RAW of 2020, a big return and two title matches have been announced.

Next week's RAW will feature the return of WWE Champion Brock Lesnar, as well as a United States Championship rematch between Andrade and Rey Mysterio, and The Viking Raiders vs. The Street Profits for the RAW Tag-Team Championships.

Check out the official announcement from WWE's official Twitter page below.