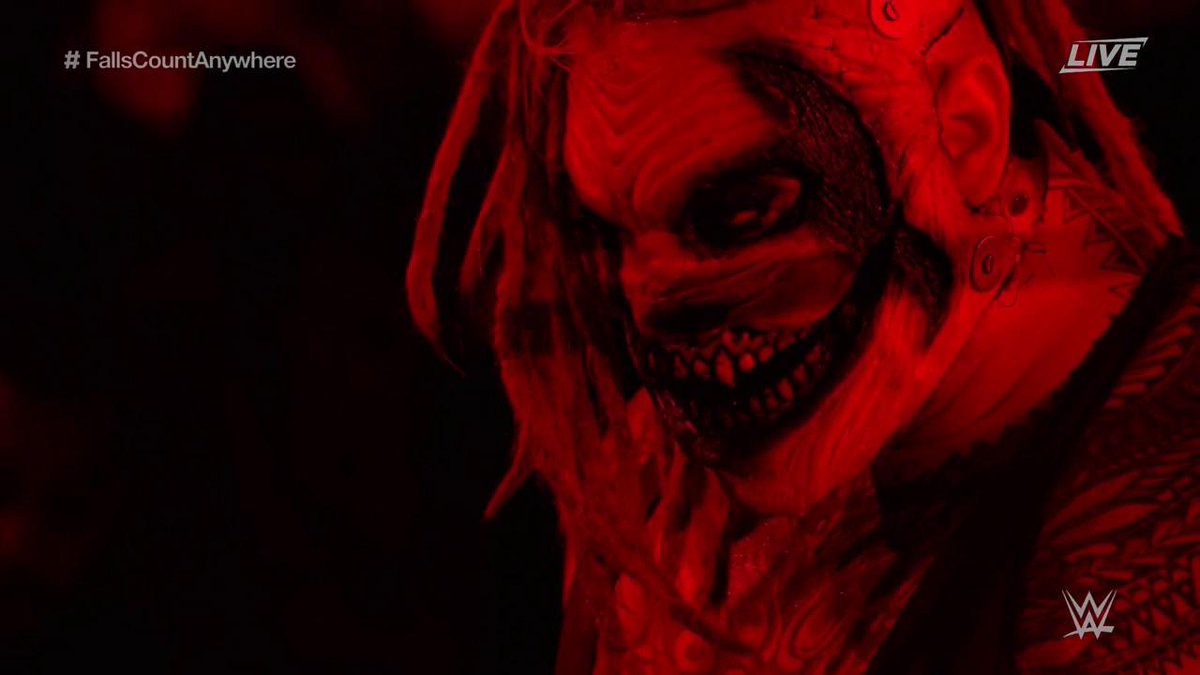 The WWE has come under harsh criticism on how it is handling their new WWE champion, Bray Wyatt. For several months, Wyatt was shown in backstage vignettes called the Firefly Funhouse. In each segment, the Eater of Worlds would talk with his puppet friends and subtly call out his past with characters like Huskus the Pig or Rambling Rabbit. It's arguably the most-creative character the WWE has helped design in recent memory. A lot of that credit is given to Wyatt, who reportedly is a "genius" when it comes to his character development.

WWE fans were concerned about how his character would transition to the ring. Wyatt's first persona is a take off of Mr. Rogers. He portrays a nice gentleman who wears a sweater and promotes happiness. Wyatt's alter-ego, the Fiend, was that transition to the ring since Wyatt's first persona probably won't wrestle. When he is depicted as a super-villain, or superhero, trying to book him logically was never going to be easy. In two matches with Seth Rollins, the Fiend has kicked out of over a dozen finishers, sometimes at the count of one, and manages to get up quickly from any type of punishment.

Other WWE stars are beginning to take notice. Former-WWE Tag-Team champion Big E poked fun at the Fiend's booking after his performance on WWE Crown Jewel, and the NXT Invasion on Friday Night Smackdown.

NXT had a great night but when The Fiend eats a Bro Derek, Panama Sunrise, a piledriver on the cement, a wooden stake in the heart, gets flattened by a steamroller like Wile E. Coyote and just giggles...

Big E is never one to shy away from crossing the kayfabe line on social media. His persona in the New Day allows such activity, and the WWE fans are always entertained by his antics. Even though it was only satire, Big E does make a good point.

Even though the WWE is scripted, fans should suspend disbelief at certain moments. The Fiend looks unstoppable, which isn't going to help his first opponent at the next pay-per-view. Survivor Series is coming up within the next month. Triple H already announced it will be NXT vs. Monday Night Raw and Friday Night Smackdown. One would assume Rollins is going to get a rematch for the title he lost in Saudi Arabia. If that's the case, do they add a stipulation to the match?

Wyatt has yet to wrestle a normal match since becoming the Fiend. There's a small chance an NXT star would challenge the super-human wrestler. Due to the way he's been booked, who would be a realistic opponent for the WWE champion at Survivor Series?