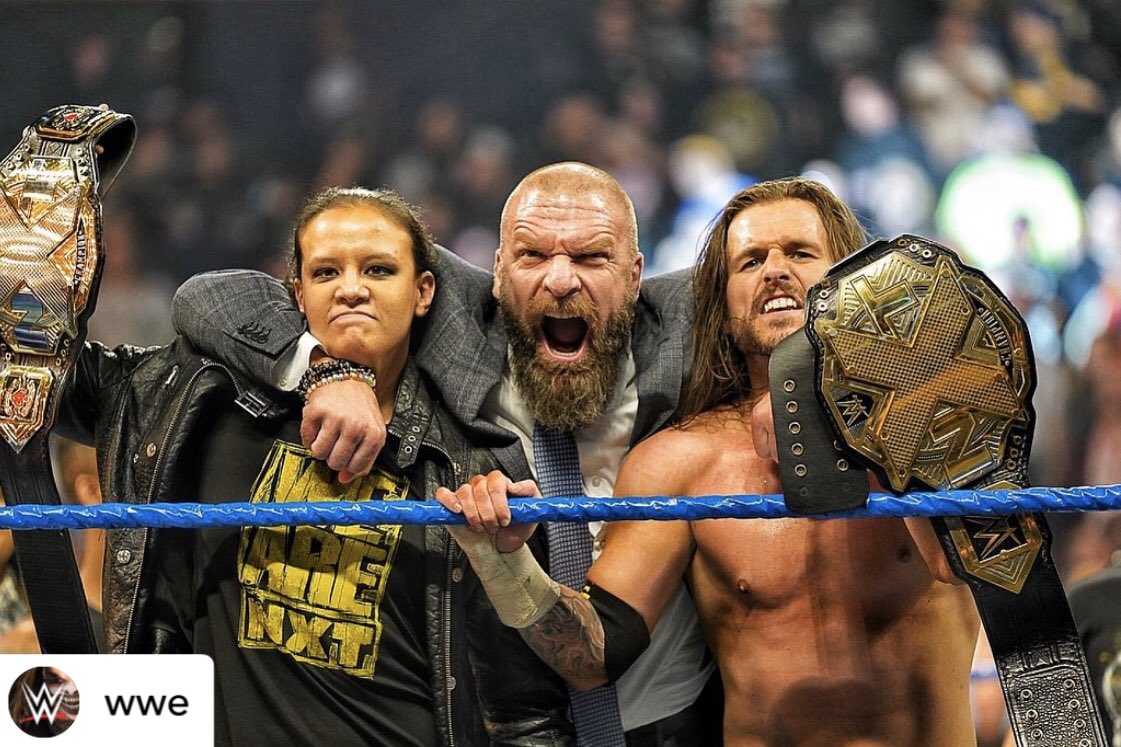 Due to the travel woes by the WWE after WWE Crown Jewel in Saudi Arabia, World Wrestling Entertainment management had to call an audible, or several, for Friday Night Smackdown on November 1. Several of their top stars were stuck overseas, like the new WWE champion, Bray Wyatt. After pulling a sub-par rating last week while on FS1, it was paramount for the WWE to put on a great show.

On Friday Night Smackdown, Bayley defended her Smackdown Women's championship against Nikki Cross. The Miz hosted his "must-see" in-ring show, MizTV. However, it wasn't any of the current stars on Friday nights that stole the show; it was Triple H and WWE NXT.

NXT superstars such as Shayna Baszler, Keith Lee, Matt Riddle, Adam Cole, Tommaso Ciampa, Bianca Belair and Rhea Ripley also made a major impact on the blue brand. Normally, NXT is subjected to Wednesday nights on the USA Network while they battle in the ratings against their counter-part, AEW Dynamite. With Survivor Series on the horizon, and most of the main roster on a plane, Vince McMahon booked a one-of-a-kind show. WWE personalities reacted to NXT invading their territory throughout the evening. Two of NXT's biggest figureheads, HHH and Shawn Michaels, also took to Twitter to react to the historic night.

Tonight we showed the world WE ARE NXT. #Raw and #Smackdown... YOUR move.

You know where to find us... Every Wednesday night 8pm on @USA_Network.

Do we have your attention? #Raw #smackdown #WeAreNXT

Since the pessimism surrounding Crown Jewel seems to be dissipating, the WWE Universe can now focus on Survivor Series. As Triple H noted before the show faded to black, it will be Raw and Smackdown vs. NXT. Just like the Heartbreak Kid claimed, do they have everyone's attention now?

Identity Of Enhancement Talent On 205 Live This Week (11/1), Off-Air SmackDown On FOX Notes