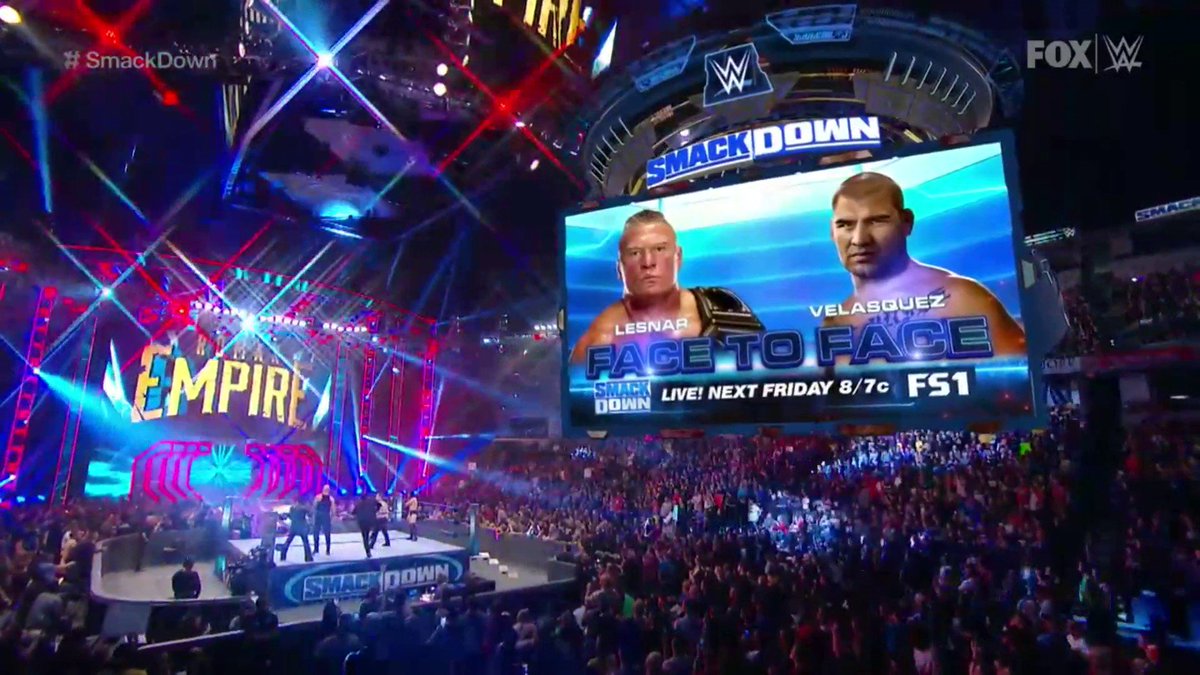 Due to the MLB World Series on FOX, next week's episode of WWE Friday Night SmackDown will be airing on FOX Sports 1 (FS1).

It was announced tonight on Friday Night Smackdown that next week's episode will be airing on FOX Sports 1 (FS1) due to the World Series game taking place at the same time on FOX.

Game three between the Washington Nationals and either the Houston Astros or New York Yankees will take place on October 25 on FOX, bumping the WWE show down to FS1.

Game two and possibly game seven (if necessary) would be airing on Wednesday, giving both AEW Dynamite and NXT on USA healthy competition.

None of the World Series games are scheduled to air on Monday so Raw will avoid anything head-to-head there but that show already has to deal with the gigantic viewership of NFL's Monday Night Football.

Smackdown on FS1 is a one-time deal and beginning in November, that station will be the home of WWE Backstage which will air on Tuesdays at 11 PM ET.