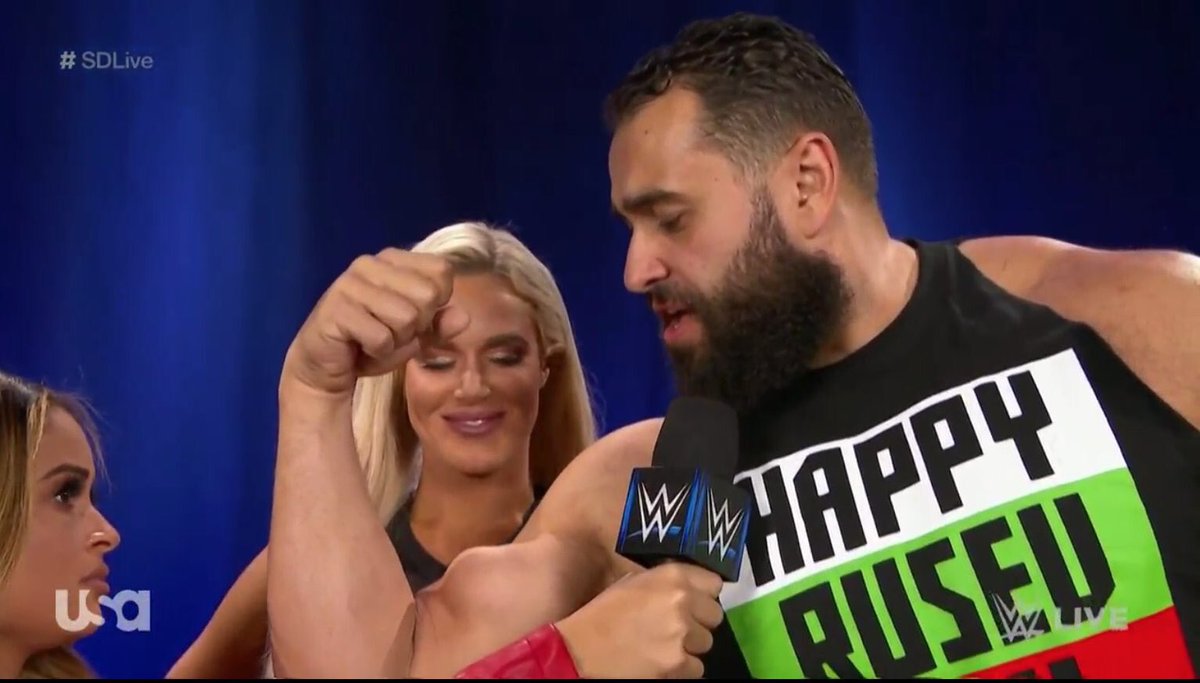 While WWE superstar Rusev is currently dealing with Bobby Lashley stealing his wife, Lana, he's reportedly in contract talks to re-sign with the pro wrestling giant. Former-WWE star Ryback spoke with Wrestling Inc's Raj Giri about a myriad of topics including Mike Kanellis and his departure from the WWE. Ryback also confirmed that Rusev is in contract negotiations for a new deal.

"I can tell you for a fact with the angle with Rusev, he's in contract negotiations right now," Ryback explained. "I love Rusev. I talk to him but I think he's f**ing stupid for doing this angle. And I mean that from a fact that, yes, it is acting and it is fake, but they now have control over your character over a really s**ty angle that could be humiliating if you choose not to re-sign.

Ryback's comments are not truly surprising to the hardcore wrestling fan. WWE is still the best job in town with the most opportunities and best financial situation. One could argue with All Elite Wrestling's hot start in the pro wrestling industry, an alternative has finally shown promise for anybody looking to leave World Wrestling Entertainment.

Rusev and Lana, who are married out of storyline, haven't had the best WWE career thus far. Their peak presumably came at WrestleMania 31, where John Cena captured the United States championship from the Bulgarian Brute. The match was above average, but Rusev's entrance on a tank is still a favorite among the WWE Universe.

Without an actual deal signed and delivered, Rusev's WWE future is still uncertain. Ryback is a good source of information, but anything can happen between today's date and the end of his current WWE contract. It's safe to assume the conclusion of his current storyline with Lashley could impact his decision. AEW Dynamite would benefit greatly from Rusev's involvement.

NWA Power enjoyed a great start to their product as well. The former United States champion seems like a great fit for the call-back to studio wrestling.

WWE Podcast Network: Guest List For "After The Bell With Corey Graves" Debut (10/30)