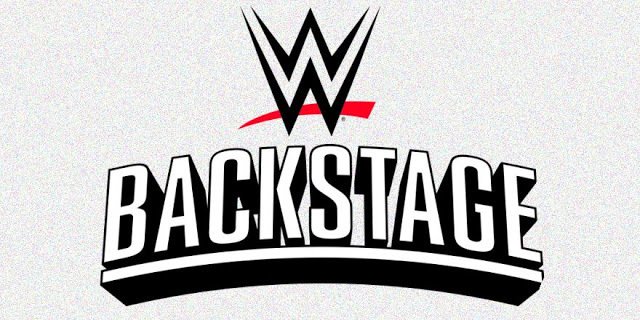 The hosts will be Renee Young and Booker T.

The one-hour show will premiere on Tuesday, November 5 at 11pm ET. It will air each week in that timeslot. A preview will air on Tuesday, October 15 following the Major League Baseball ALCS game 3 on FS1.

You can see the full press release on "WWE Backstage" below:

Los Angeles  SmackDown moves from Tuesdays to Fridays beginning Friday, Oct. 4 at 8:00 PM ET/PT on FOX, but WWE fans can still get their Tuesday night fix with FS1's WWE BACKSTAGE, television's only studio show devoted to all things WWE.

Longtime WWE broadcaster Renee Young and WWE Hall of Famer Booker T weigh in on the biggest stories in WWE, and are joined by a rotating cast of guests and personalities, including current and former WWE Superstars.

Ahead of WWE BACKSTAGE's Nov. 5 debut, FOX Sports offers a special preview of the show on Tuesday, Oct. 15, following the conclusion of the ALCS Game 3 on FS1. Young and Booker T are joined by special guests to reveal the WWE BACKSTAGE set at the FOX Studios Lot in Los Angeles, and to break in their brand-new ring.

A Toronto native, Young began her broadcast career with The Score in 2009, before making her WWE television debut in 2012. Since then, she rose quickly through the ranks, interviewing all the top stars in the WWE and co-hosting the post-SmackDown show "Talking Smack" on WWE Network. In 2018, she earned a full-time spot on the Monday Night Raw broadcast team, the first woman to ever achieve the honor. Young's on-air roles continue to expand as one of WWE's most prominent personalities.

"WWE BACKSTAGE is a wrestling show for wrestling fans. From hardcore fans to people new to wrestling, we'll give them a little bit of everything," said Young. "It's going to be fun, it's going to be loud, we're going to give them a ton of opinions and I can't wait to help spread the word about SmackDown coming to FOX."

A two-time WWE Hall of Famer, Booker T is one of the most-decorated Superstars in history with 11 WCW Tag Team Championships, six World Championships and a victory in the 2006 King of the Ring Tournament. He made the transition from the broadcast booth in 2011, and has become a staple of WWE telecasts ever since.

"It's awesome being part of the FOX family and part of this movement of FRIDAY NIGHT SMACKDOWN to FOX," said Booker T. "FOX Sports has always been the one-stop shop for sports and now it's going to be the one-stop shop for sports and entertainment. I think this is going to be a tag team that's going to last for a long time, and one that cannot lose. As I always say, now can you dig it, sucka?"

More information on WWE BACKSTAGE, including additional on-air personalities and special guests, will be announced at a later date.