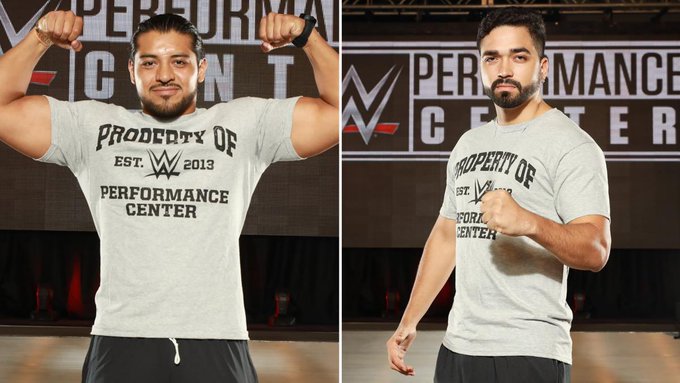 WWE has announced that Jorge Bolly, known to wrestling fans as El Hijo del Fantasma or King Cuerno from Lucha Underground, has signed and reported to the WWE Performance Center in Orlando. Mexican soccer captain Edgar Lopez also reported to the PC with Bolly.

There's no word yet on when Bolly and Lopez will make their NXT debuts, but stay tuned for updates.

Below is the full announcement from WWE on Bolly and Lopez signing:

The 198-pounder from Mexico City boasts two decades of in-ring experience. A veteran of Mexico's CMLL and AAA promotions, Bolly has held singles and trios titles during his career, and he won AAA's Antonio Peña Cup in 2017. The son of legendary luchador El Fantasma, Bolly is proficient in classic lucha libre techniques, combining speed and aerial maneuvers, including arguably sports-entertainment's most daring tope suicida.