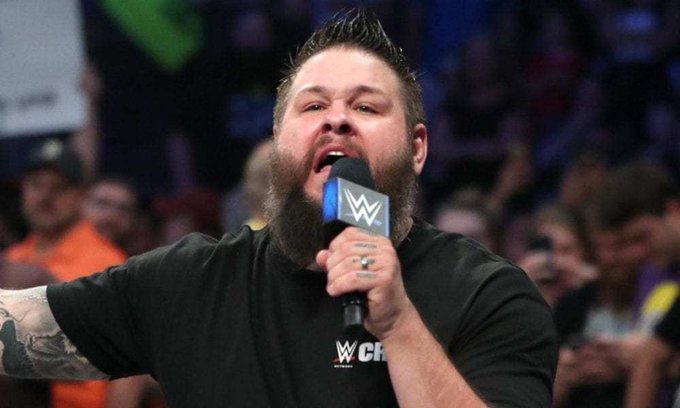 Kevin Owens spoke with Justin Barrasso of Sports Illustrated this week and had big praise for NJPW star Juice Robinson, who went by the name CJ Parker in NXT.

Owens said his good friend Juice has the best promos in all of pro wrestling, and he first realized this back during the WWE Performance Center promo classes that were taught by late WWE Hall of Famer Dusty Rhodes.

"I think I'm pretty good at talking and getting my point across, but nobody makes me feel what they're saying the way Juice does," Owens said. "Yes, he's my friend and I love that dude, so it might seem like I'm biased, but I'm not. I'm friends with a lot of people and some of them suck at talking, and I'm happy to tell them."

Owens, a perfectionist who is critical of his own work, said Juice's promos are just on another level.

"I don't think saying 'no' is me being humble, although I think that is a quality everybody should haveand a quality a lot of people within our industry don't have, and I find that a bit appalling, to be honestbut I don't think it's humility. I think it's foolishness to consider yourself the best at anything. But Juice is just on another level. He just comes and talks. I used to see it in the Performance Center. We would have these promo classes with Dusty Rhodes. The way he talks comes from a real place and he's genuine. He is the best," Owens added.

You can read Owens' full itnerview with SI at this link.

Owens actually made his NXT in-ring debut against Juice at Takeover: R Evolution back on December 11, 2014. Below is video from that match:

Ric Flair Talks "The Man" Trademark: Charlotte Is Mad At Me And WWE Has Lost Respect For Me