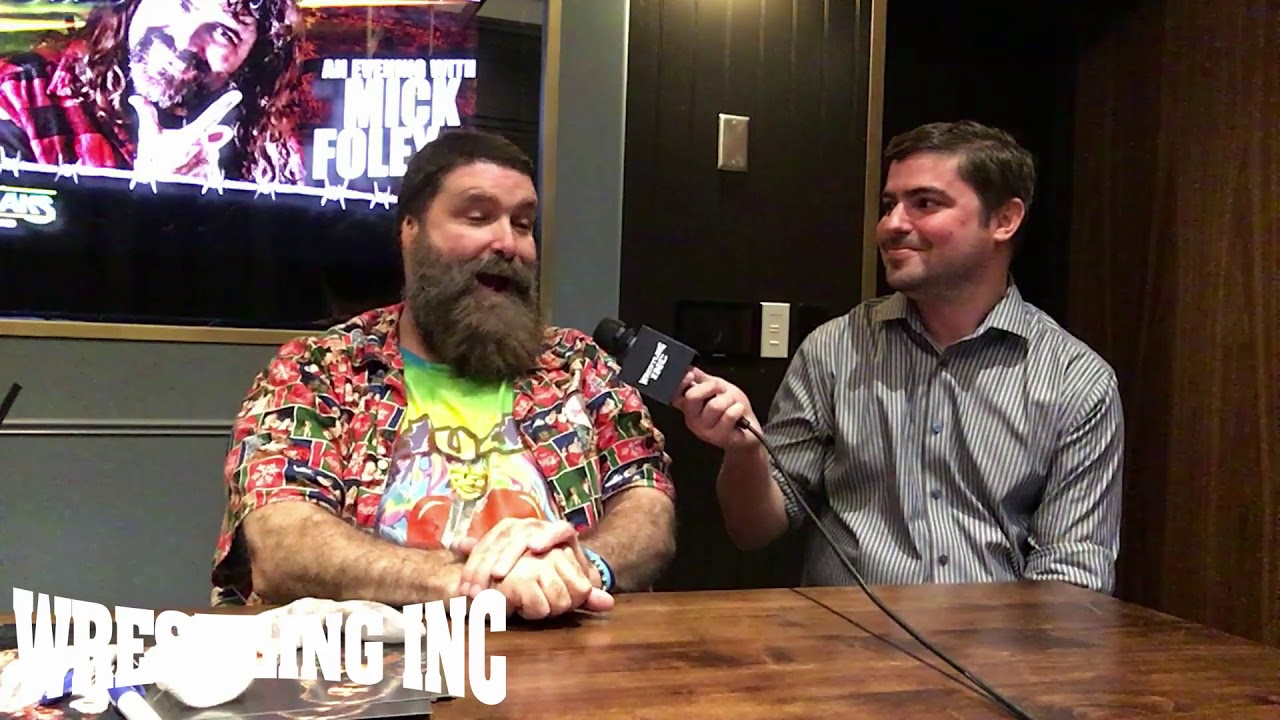 WWE Hall of Famer Mick Foley has been performing one-man comedy shows for many years. Despite being one of the most beloved figures in professional wrestling, even Foley has had to deal with small crowds every now and then.

Foley noted that even if he has a poor house, he brings out his A-Game. During an interview with Wrestling Inc., Foley said that he channels his Mankind character to get himself and the crowd pumped.

"I started [channeling my past 'Mankind' character] when I had a tough crowd," Mick said. "The tour we did all across Canada went really well; the one exception was a show in Timmins [Ontario, Canada] that was very under-attended, and I need something to jolt me into the moment. And when I do that voice [of Mankind] and I get into that character, I can look out at the crowd and I can read their faces, and their faces are - and I'll verify it later - they can't believe I'm bringing my A-game for the small crowd.

You can watch Foley's interview in the video above, or read a recap at Wrestling Inc. here.

NXT Is Officially Moving To The WWE Network